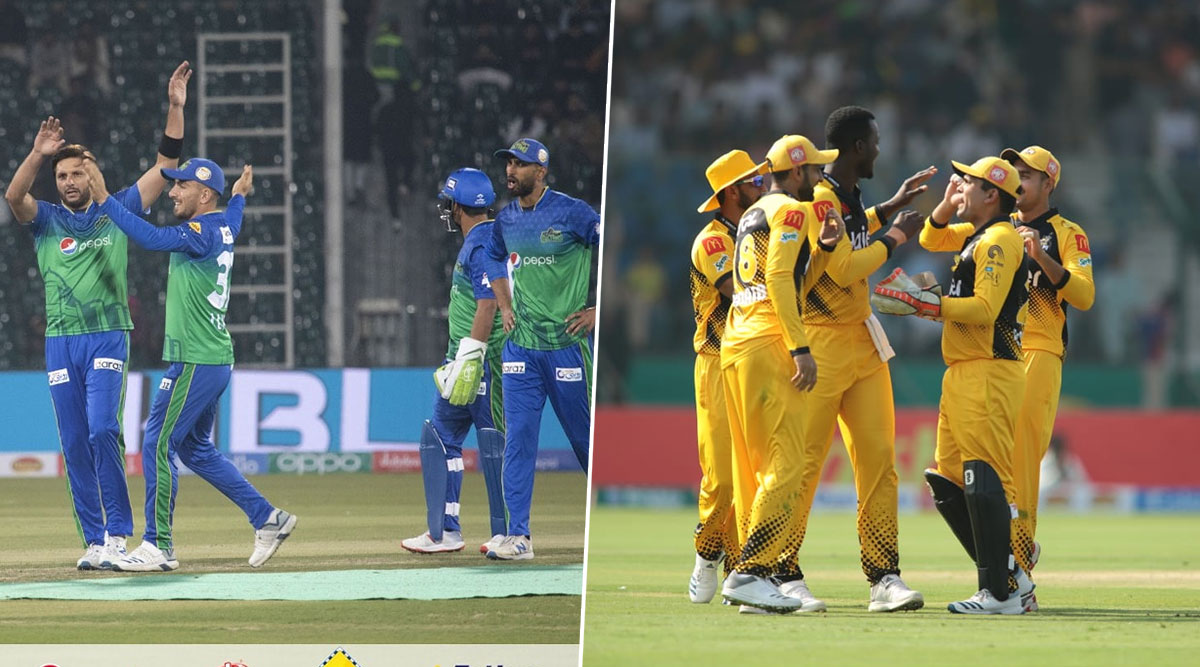 Multan Sultans (MUL) will face Peshawar Zalmi (PES) in match eight of the Pakistan Super League (PSL) 2019-20 hoping to return to winning ways following the defeat to Islamabad United in their previous PSL match. Both teams have played two matches each for one win and loss respectively and find themselves in mid-table with two points each. Multan Sultans vs Peshawar Zalmi match in PSL 2020 will be played at the Multan Cricket Stadium. The Sultans began PSL 5 season with a win over Lahore Qalandars before losing to Islamabad United in their next. In contrast, Peshawar Zalmi started off with a defeat. Meanwhile, fans of Dream11 fantasy team, can find all tips and team suggestions here to build a strong fantasy team for the MUL vs PES PSL match. How to Watch Pakistan Super League 2020 Live Streaming Online in India and Bangladesh.

Peshawar Zalmi will be bubbling with confidence after beating Quetta Gladiators by six wickets to record their first win of the PSL 2019-20 season. Kamran Akmal smashed a 55-ball century in that game to help Peshawar Zalmi chase down 149 runs with nine deliveries to spare. Akmal also hit 43 in his side’s opening game but failed to carry the team home with Peshawar Zalmi falling short by 10 runs chasing 202. Zeeshan Ashraf and Shan Masood have been the in-form batsmen for the Multans while all-rounder Shahid Afridi have chipped in with all-round performances in both their games.

Multan Sultans vs Peshawar Zalmi, PSL 2020, Dream11 Team Prediction: Wicket-Keeper – Kamran Akmal (PES) is the man in-form and should be an automatic pick for the wicket-keeper’s choice. He will be joined by Zeeshan Ashraf (MUL) who has been the best batsman For the Multan Sultans.

Multan Sultans vs Peshawar Zalmi, PSL 2020, Dream11 Team Prediction: All-Rounders – Shahid Afridi (MUL) showed glimpses of his previous self in Multan Sultans’ previous match and should be picked as the all-rounder. Fellow Pakistani all-rounder Shoaib Malik (PES) and Moeen Ali (MUL) joins him as the three all-rounders for this side.

Kamran Akmal (PES) has been in terrific form of late and should be appointed as the captain for this fantasy teams for the Multan Sultans vs Peshawar Zalmi clash, while Imran Tahir (MUL) should be the made thje vice-captain.