We present to you the 2018 FIFA World Cup match calendar in Indian time to watch your favorite teams slog it out for the biggest prize in world football. The FIFA WC2018 timetable includes the fixtures, venue details, match timings in IST to add to the football madness. 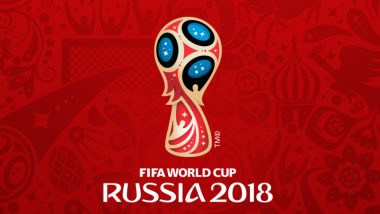 2018 FIFA World Cup hosted by Russia, which began on June 14 with 32 teams divided in eight groups has reached the mouth-watering knockout stage. The exciting quadrennial event is into its Round of 16 with 16 sides contesting to make to the last eight (quarterfinals stage) in matches played over the next fours days, beginning from June 30, 2018 (for Indian fans). It is hard to digest the fact that defending champions Germany are knocked out in the group stage. That’s the beauty of world cup, where favourites bite the dust and underdogs rise to the top. Despite the absence of Germany from fixtures, the FIFA World Cup 2018 round of 16 schedule time table is no less exciting. Figure out which teams have qualified to the round of 16 of the football world cup in Russia and who are they slated to face next in pre-quarters clash. Here’s the complete 2018 FIFA World Cup timetable with full matches schedule in IST (Indian time), teams advancing from each group and venue details. You can download the 2018 FIFA World Cup Schedule, Timetable and Team Details in PDF and JPEG format here.

A total of 48 matches were played in the group stage among 32 sides from Group A, B, C, D, E, F, G, and H and with the conclusion Belgium vs England, final 16 were decided who make to the next stage. With 16 matches remaining in the tournament scheduled to take place over two week’s time, fans around the world simply cannot miss a second’s live action. The Round of 16 of 2018 FIFA World Cup schedule time table has these eight fixtures - France vs Argentina (1C vs 2D), Uruguay vs Portugal (1A vs 2B), Spain vs Russia (1B vs 2A), Croatia vs Denmark (1D vs 2C), Brazil vs Mexico (1E vs 2F), Belgium vs Japan (1G vs 2H), Sweden vs Switzerland (1F vs 2E) and Colombia vs England (1H vs 2G). 2018 FIFA World Cup Round of 16 Schedule in IST, Free PDF Download: Fixtures of Knockout Matches & Time Table in Indian Time With Venue Details of Football WC in Russia.

Russia, the host nation for the quadrennial event left no stone unturned in its preparation and is monitored closely by FIFA. India, as we all know closely, follows this mega footballing event and is set to be a major contributor to the TV viewership of FIFA World Cup. Hence, in order to assist the fans to be in the know-how of when and where their favourite team is playing, we present to you 2018 FIFA World Cup schedule.

After the long qualification campaign spread over the respective continents, 32 nations have now a chance to lift the famous trophy with the tournament starting on June 14, 2018, and continue until July 15. Panama from the CONCAF federation will make its World Cup debut in Russia while Iceland became the smallest country by population to qualify for the finals.

If we look at some high-profile absentees from the tournament who failed to make the cut, the list includes former champion Italy and names such as Netherland, Ghana, Turkey, USA and Chile who always make the cut but somehow failed this time around. Of the 32 teams that have made it to the finals, 14 are from Europe, 5 are African nations, 4 each from Asia and South America and 3 from North America. The participating nations are divided into eight groups namely A, B, C, D, E, F, G and H.

A total of 12 venues in Russia have been approved by the FIFA technical committee to hold 65 matches that would be played throughout the tournament. The opening ceremony is set to take place at the Luzhniki Stadium in Moscow. FIFA has also decided to keep VAR (Video Assistant Referee) technology at the World Cup and in the process marking the 2018 event as the first FIFA competition to use the highly debatable video assistance. Wolf Zabivaka designed by student Ekaterina Bocharova has been chosen as the official mascot of the World Cup 2018.

When Russia won the bid to host the 2018 event back in 2010, it was the first time in its history it had won the right to host a major football tournament. Hence the main theme of the cup is the things Russia is famous for which includes Matryoshkas and folk patter, cosmic outer space explorations as well as the folk motives featuring Firebirds. Let us have a quick glance at the schedule of the 2018 FIFA World Cup with match dates and timings given in Indian Standard Time (IST).

Time Table of ROUND OF 16 Matches

The tournament commences with Russia taking on Saudi Arabia in Moscow with the home side being firm favourites for the match. Group A will be interesting from a neutral point of view as it looks to be a three-way horse with Uruguay and Egypt in the fray along with Russia to advance. Group B match between Spain and Portugal on 15th June in Sochi might well decide who tops the group as they both should edge out Morocco and Iran. In Group C, France with the wealth of attacking prowess at its disposal should top the group and it will be down to the encounters between Peru, Australia and Denmark to decide who follows France into the knockout phase.

Lionel Messi will lead his Argentinian side knowing well this might be his last shot at the cup and the Group D clash between Argentina and Croatia on June 21 in Nizhny Novgorod will be the telling clash. For Iceland and Nigeria, the writing seems to be on the wall and their fans should not expect much. Defending champions Germany start their title defense against Mexico in Moscow on the 17th of June.

The Germans have Mexico, South Korea and giant killers Sweden for company in Group F. For Brazil, the availability of Neymar is a matter of grave concern following his ankle surgery. The South American giants open their campaign against Switzerland in Rostov-On-Don on June 17, 2018. European heavyweights Belgium and England are clubbed in Group G along with Tunisia and debutants Panama. The two nations will clash on June 28 in Kaliningrad in a match that will decide the course of the group. Group H is the group of unpredictable teams with Japan, Poland, Senegal and Colombia. Each one on its day is capable of beating the other and hence their matches will be extra special.

The fans too are gearing up for the mega event with large volumes of tickets being sold each day. While World Cup football has been criticized in the past for defensive displays by teams, just the visual treat on offer for the travelling fans makes it more than a tournament- a festival. Get ready for the most extravagant event of the year - 2018 FIFA World Cup!

(The above story first appeared on LatestLY on Jun 29, 2018 12:45 PM IST. For more news and updates on politics, world, sports, entertainment and lifestyle, log on to our website latestly.com).