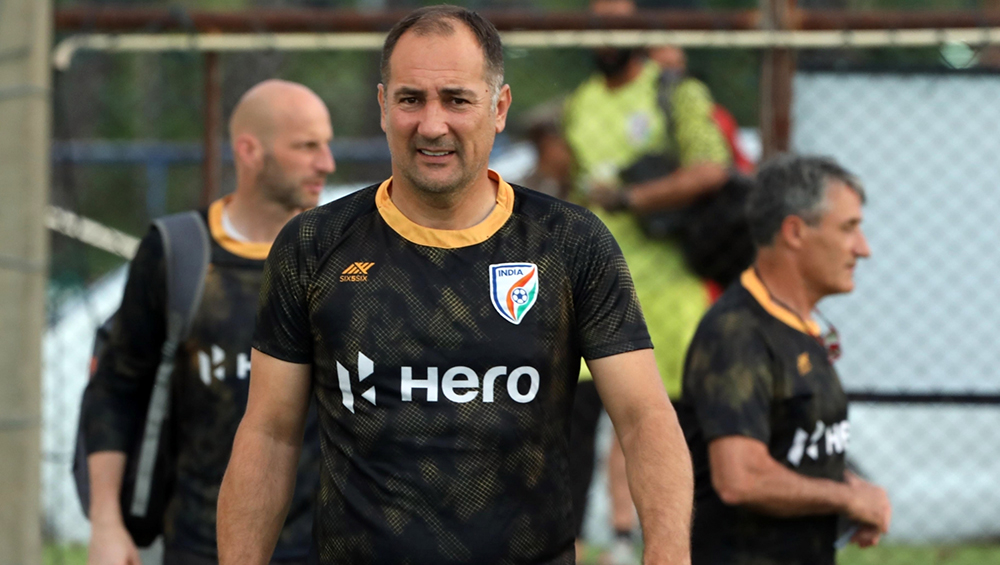 New Delhi, December 13: India football coach Igor Stimac might be under the pump after the All India Football Federation's (AIFF) Technical Committee, headed by Shyam Thapa, expressed its displeasure over the team's performance against Bangladesh and Afghanistan. But after former India skipper Bhaichung Bhutia, current ATK assistant coach Sanjoy Sen has come out in support of the head coach, saying that Stimac must be given time.

Speaking to IANS, the former Mohun Bagan coach made it clear that while he would not wish to argue against the comments of the technical committee, it is unfair to judge Stimac after just nine games at the top level. "They are experts, they can comment. What can I comment? I am not a technical person. They are experts, they are former international players, so they know better football than me. But, if you compare him to Stephen Constantine, on his second stint we had given him five years and Stimac is here only for six to seven months. So this is no match. Michael Soosairaj States Coach Igor Stimac Has Brought Lots of Fresh Ideas in the Team.

"This is not magic that he will touch wood and turn it into gold. Practically, wood will remain wood. If you polish it, it will at the best shine, but won't become gold. So if you put Pep Guardiola or Alex Ferguson in charge (of this team), it doesn't matter, it will not affect (the performance) much," he said. Sen has a problem with the attitude itself. "See, we drew against Qatar and we celebrated like we have reached the World Cup final round. This is the actually the standard of Indian football," he rued.

The ISL assistant coach believes that it is time for the AIFF to look at the future and start long-term projects. "We can't expect that in 2022, 2026 or 2030 we are going to qualify for the World Cup. May be we have to have 20 years planning and then only we can think of these things. Otherwise every World Cup will come and people's expectations, critics' criticism will be there. And media, they will write that India is planning to play for 2022 World Cup and all.

"Ultimately, you have to plan long term because we need grassroot level development, we need youth development program and that takes time. Stimac, I am not very sure about his coaching abilities and all, but whoever you appoint, you have to give sufficient time and then only we can assess one's performance. Right now it is not possible for me to judge his performance," he signed off.