Vivo V20 Pro India Pre-Bookings Open Ahead of Its Launch, Listed on Retail Websites With a Price Tag of Rs 29,990

Vivo V20 Pro smartphone is all set to be launched in India tomorrow. Ahead of the launch, the smartphone has been listed on retail websites such as Reliance Digital, Poorvika Mobile, Sangeetha Mobiles & Flipkart. Vivo V20 Pro smartphone is all set to be launched in India tomorrow. Ahead of the launch, the smartphone has been listed on retail websites such as Reliance Digital, Poorvika Mobile, Sangeetha Mobiles & Flipkart. Pre-bookings of the phone are open now and interested customers can pre-book their Vivo V20 Pro by paying an upfront amount of Rs 2,000 via Poorvika Mobile & Sangeetha Mobiles. The smartphone was initially launched in Thailand in September 2020 alongside Vivo V20. The device is listed on the retail websites at Rs 29,990 for the sole 8GB RAM + 128GB storage configuration. Vivo V20 Pro 5G India Launch Confirmed for December 2, 2020.

Though the price on the retail website seems to be legitimate, Vivo India has not confirmed the pricing of its upcoming 5G phone. 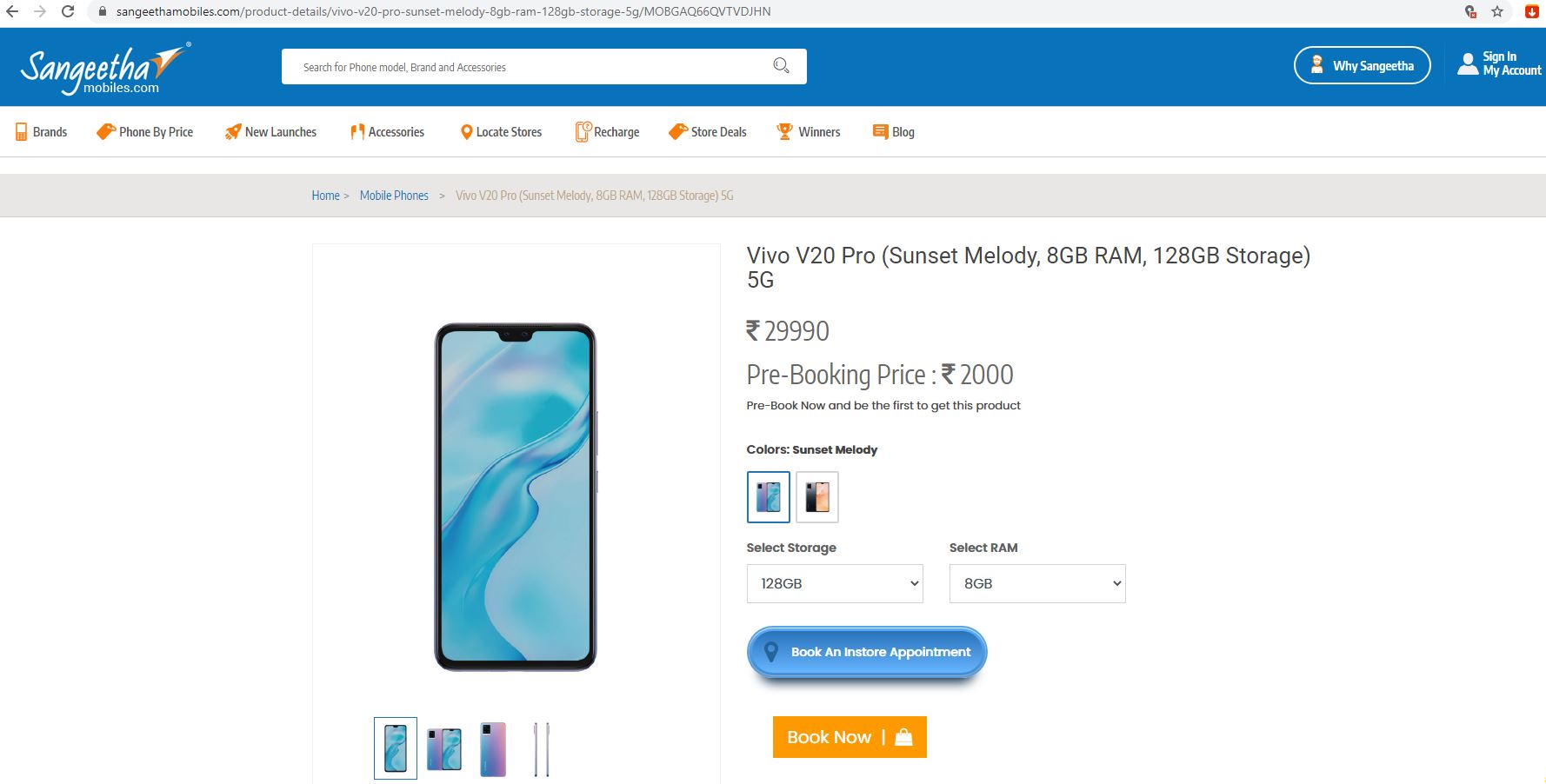 Just 24 hours more and it will be a new beginning. Launch of the #Slimmest5G #vivoV20Pro - tomorrow at 12 noon - LIVE with @TechnicalGuruji on his YouTube channel. Get ready for your #DelightEveryMoment. pic.twitter.com/45RZg51SoI

As far as the specifications are concerned, the upcoming Vivo V20 Pro phone is likely to sport a 6.44-inch FHD+ AMOLED display with a refresh rate of 60Hz. The handset will be powered by Qualcomm Snapdragon 765G chipset coupled with 8GB RAM & 128GB internal storage. 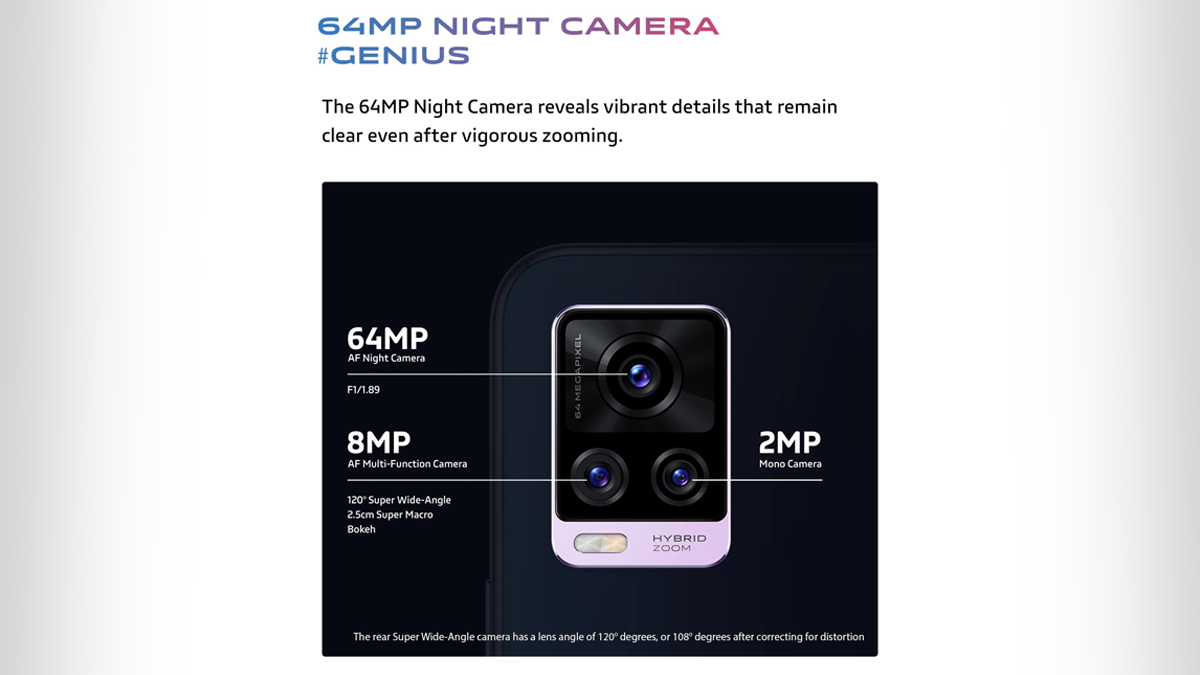 For optics, the device will come equipped with a triple rear camera system featuring a 64MP main shooter, an 8MP wide-angle lens & a 2MP mono camera. Upfront, there will be a dual-camera setup comprising of a 44MP primary snapper & an 8MP super wide-angle lens. 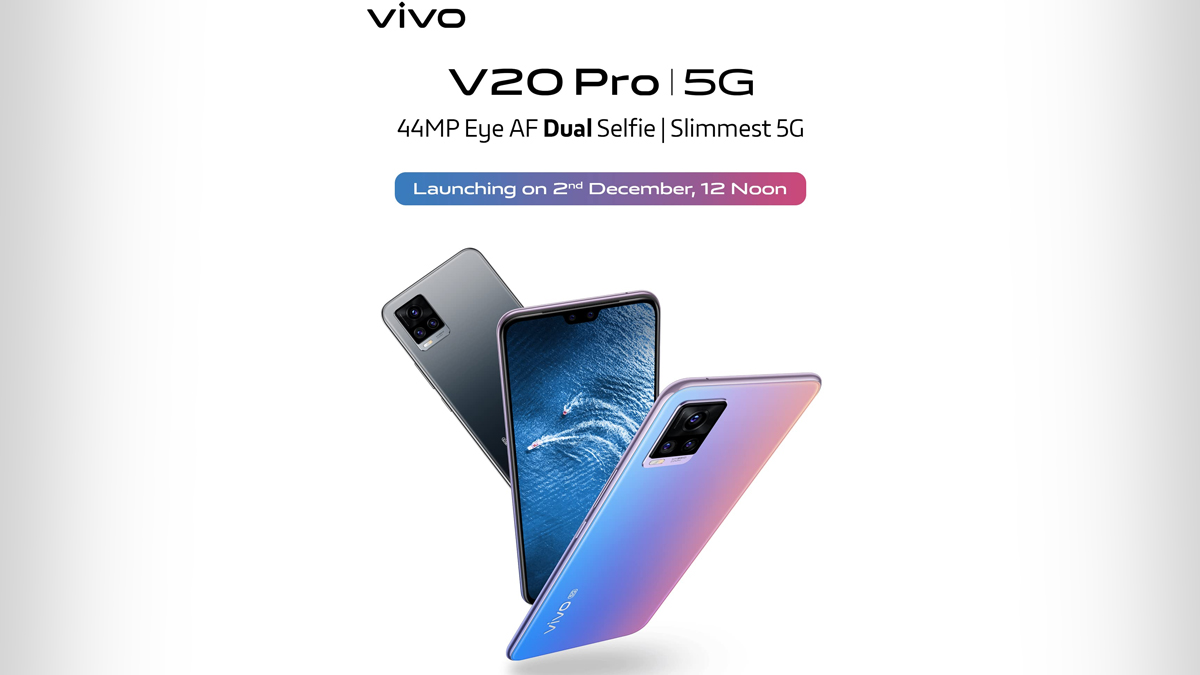 (The above story first appeared on LatestLY on Dec 01, 2020 02:43 PM IST. For more news and updates on politics, world, sports, entertainment and lifestyle, log on to our website latestly.com).