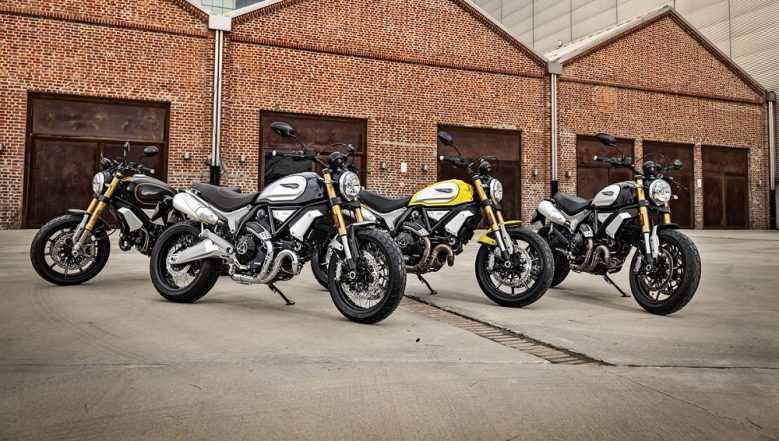 Powering the motorcycle is a 1079cc, L-Twin unit which is also does duty on Ducati Monster 1100. The engine is tuned to make 86bhp of max power with 88.4Nm of peak torque. Transmission duties on the bike are carried by a six speed gearbox as well as slipper clutch. Electronically, the bike comes with three riding modes, a five-level traction control system and an inertial measurement unit (IMU) with cornering ABS.

Sitting on the twin spar steel trellis frame, the Ducati Scrambler borrows design cues from younger Scrambler Icon. The deceleration duties on the Scrambler 1100 is carried out by twin 330mm disc brakes at the front and 245mm disc brake at the rear. For added safety and convenience, the company has also added cornering ABS (Anti-Lock Braking System) to the bike. Honda X-Blade 160 Road Test Review: A Robo Inspired Commuter Motorcycle.

The suspension duties on the Scrambler are carried out by Marzocchi USD forks up front and Kayaba monoshock at the rear. Moreover, the sport version of the bike comes fitted with 48mm Ohlins inverted forks and Ohlins monoshock at the front and rear respectively. The new Ducati Scrambler 1100 is launched in India with price up to Rs 11.42 lakh (ex-showroom Delhi) which will compete against BMW R NineT Scrambler and Moto Guzzi Griso 1200 8V SE.