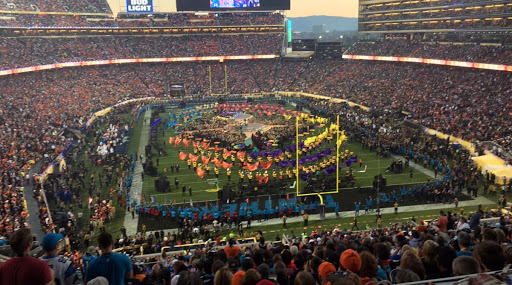 Super Bowl LIV Live Streaming in India: Get ready to see the battle between Kansas City Chiefs and San Francisco 49ers. Hard Rock Stadium in Miami will host one of the biggest spectacles in the sporting world as Sunday Super Bowl 2020 is scheduled to take place on February 2, 2020. This is the 54th edition (Super Bowl LIV) of the event and the 50th in the modern era of the National Football League (NFL). The match is traditionally played between the National Football Conference (NFC) champion and the American Football Conference (AFC) champion. This will be the 11th Super Bowl hosted by the South Florida region as San Francisco 49ers (NFC champion) and Kansas City Chiefs (AFC champion) will battle it out for the Lombardi Trophy. If you are searching for details like Kansas City Chiefs vs San Francisco 49ers live streaming, live telecast, match timings in Indian Standard Time (IST) and more, you will find it all below. Super Bowl 2020: Jennifer Lopez, Shakira to Perform, Lady Gaga, Beyonce and Others to Attend.

This is the first appearance for the Chiefs in 50 years. The last time Kansas City made it this far was January 11, 1970, when they defeated Minnesota Vikings in Super Bowl IV for their one and only trophy. This is the 49ers seventh appearance, they went to five super bowls between 1981 and 1994, winning them all and then in 2012, losing to Baltimore Ravens. If the 49ers manage to get a victory in this clash, they will equal the all-time record of Pittsburgh Steelers of most NFL Super Bowl wins (6). Sunday Super Bowl 2020, Kansas City Chiefs vs San Francisco 49ers: Top Questions on Kansas City Chiefs Answered Before Super Bowl LIV Game Night.

The half-time show of the mega event will be co-headlined by Billboard Icon Award winner Jennifer Lopez and the ‘Waka Waka’ singer Shakira. The American national anthem will be sung by multi-platinum singer and songwriter Demi Lovato. In addition, on the behalf of National Association of the Deaf (NAD), Christine Sun Kim, will sing the National Anthem in sign language.

Where is Super Bowl 2020, Match Time in IST and Date

Unfortunately, no channels have received the official broadcasting of the Super Bowl 2020. Hence the live telecast of this mega event will not be available in India. While Fox Sports will be providing the live telecast in Australia and likely in other parts of the world as well.

Fans of the NFL in India can watch the live streaming of Super Bowl 2020 on the FanCode app. Meanwhile, Fox will stream the game live on Fox Now app for android and apple. Fans can also watch the mega event on their PlayStation by downloading the YouTube TV app.

The Chiefs are searching to end an unwanted record as if they manage to get a win they will end the second-longest Lombardi Trophy barren run among the teams who have already won a Super Bowl. Only New York Jets (51 years) have a longer trophy drought then Kansas Chiefs.