Irrfan Khan Birth Anniversary: 7 Quotes From His Movies That Make For Some Deep Food For Thought

Listing his stellar performances might even take the whole day but to sum it up, his films like The Lunchbox, Life In A Metro, The Namesake, Paan Singh Tomar, Piku, Haider, Talvar are still some of his best performance. 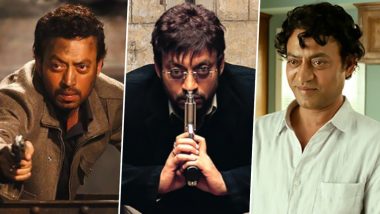 2020 made us lose one of the most prominent artists that we had in the Hindi film industry. Irrfan Khan was a talented actor who, with his movie, taught us so many precious lessons. Hailing from Rajasthan, the actor's interest in acting piqued under the influence of a family member who himself was a theatre artist in Jodhpur. His love for acting landed him in Mumbai with dreams in his eyes and made Irrfan work as an air conditioner repairman. During his stint as a repairman, he even visited the home of his acting inspiration, Rajesh Khanna, in 1984 which inspired him to work harder towards his dream. Is Irrfan Khan Really Suffering From Deadly Brain Cancer? Here's the Truth About the 'News' That's Going Viral.

He landed his first role in Salaam Bombay and after years of struggle, he got a breakthrough with starring roles in the dramas Haasil and Maqbool. Post this, there was no stopping this actor. He became one of the finest Indian actors who made a mark in the British and American film industry as well. In his career spanning over 30 years, Irrfan won numerous accolades, including a National Film Award, an Asian Film Award, and four Filmfare Awards. In 2011, he was awarded the Padma Shri, India's fourth-highest civilian honour as well.

Listing his stellar performances might even take the whole day but to sum it up, his films like The Lunchbox, Life In A Metro, The Namesake, Paan Singh Tomar, Piku, Haider, Talvar are still some of his best performance. His characters were layered, complicated but always left the audience thinking about life, friendships, work and other things. His dialogues were so powerful that they have become immoral for all of us and going back to reading them only makes you miss the actor more. So to honour him on his birth anniversary, here are 7 movie quotes by the actor that will be forever etched in our hearts. Irrfan Khan No More: Did You Know the Actor Had Played Sant Valmiki in DD Metro’s Mythological Show Jai Hanuman. 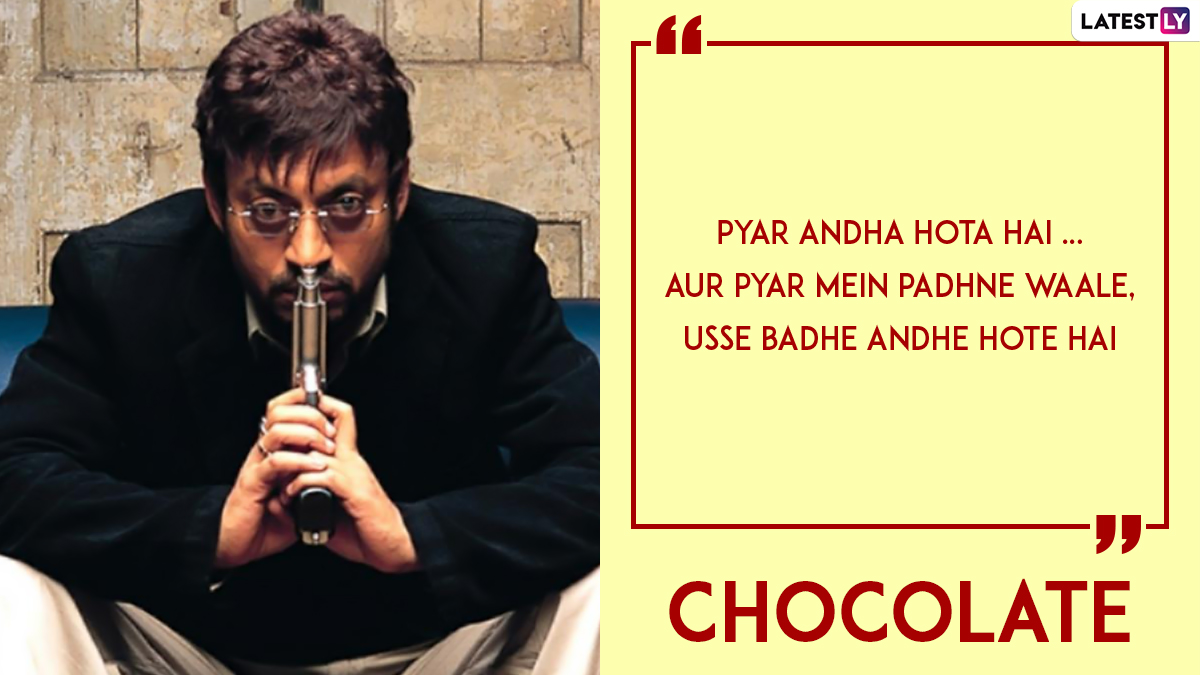 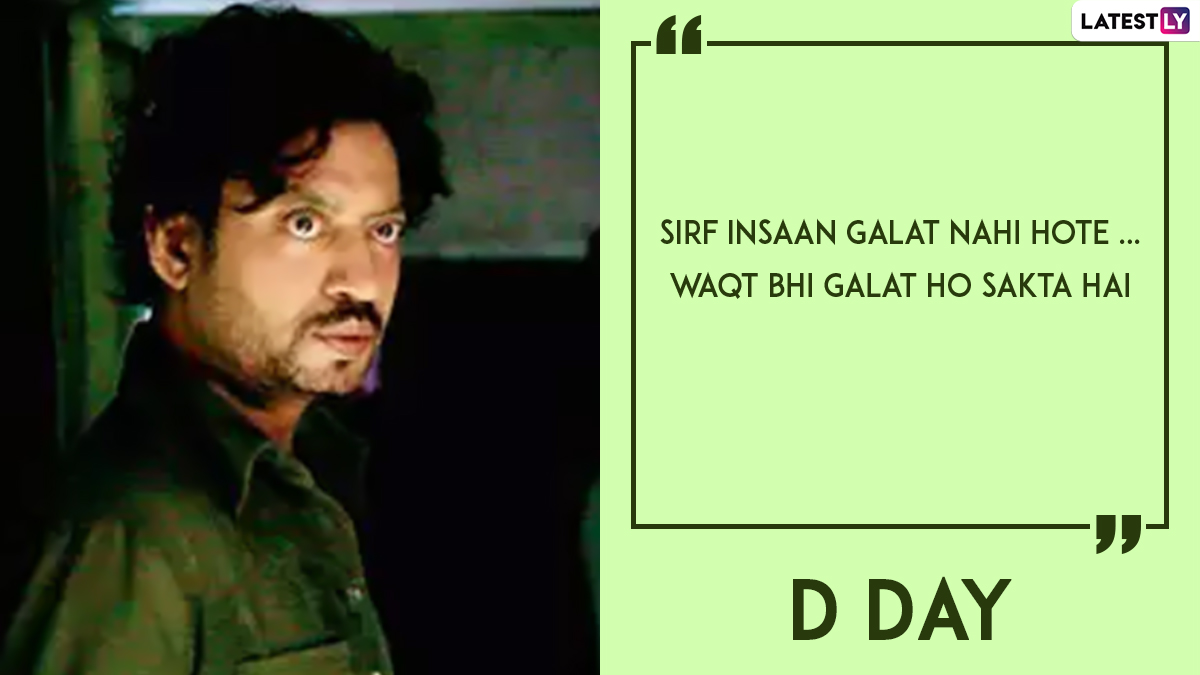 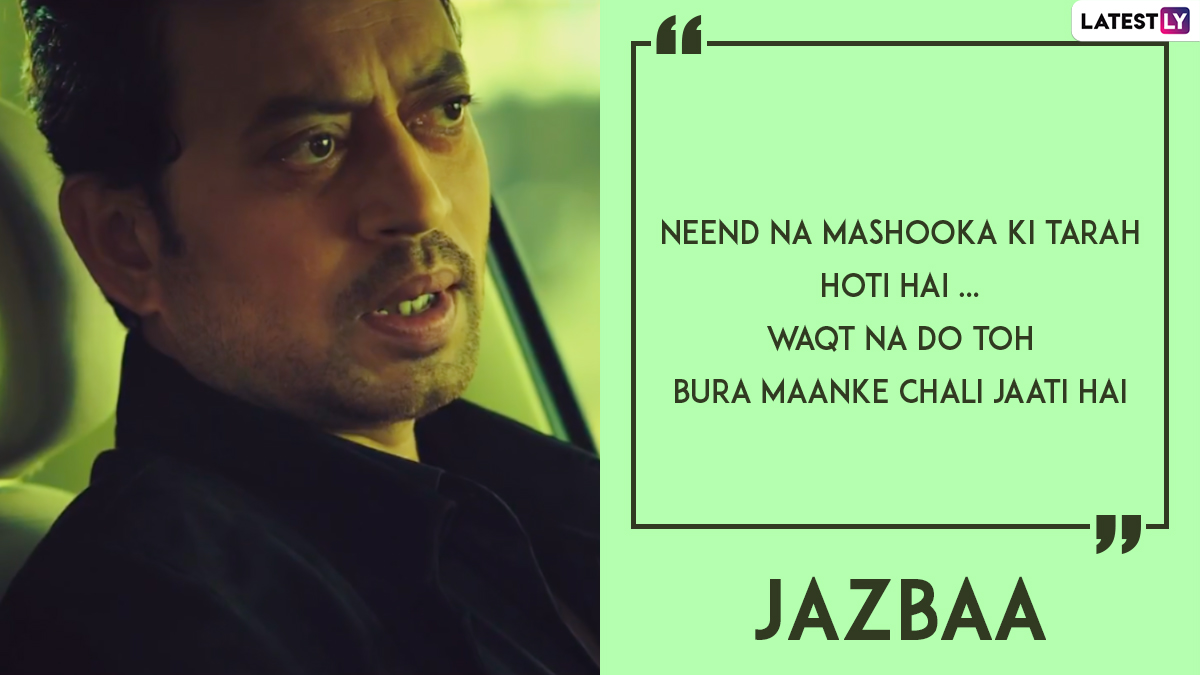 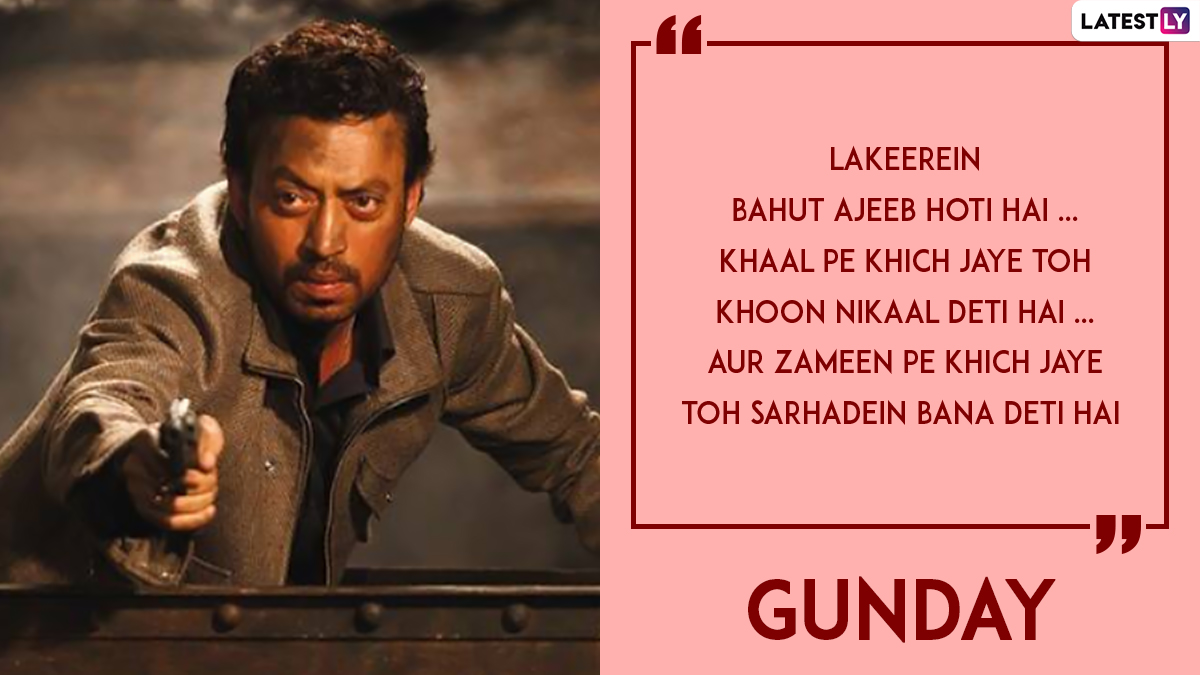 "I Suppose, In The End, The Whole Life Becomes An Act Of Letting Go" - Life of Pi 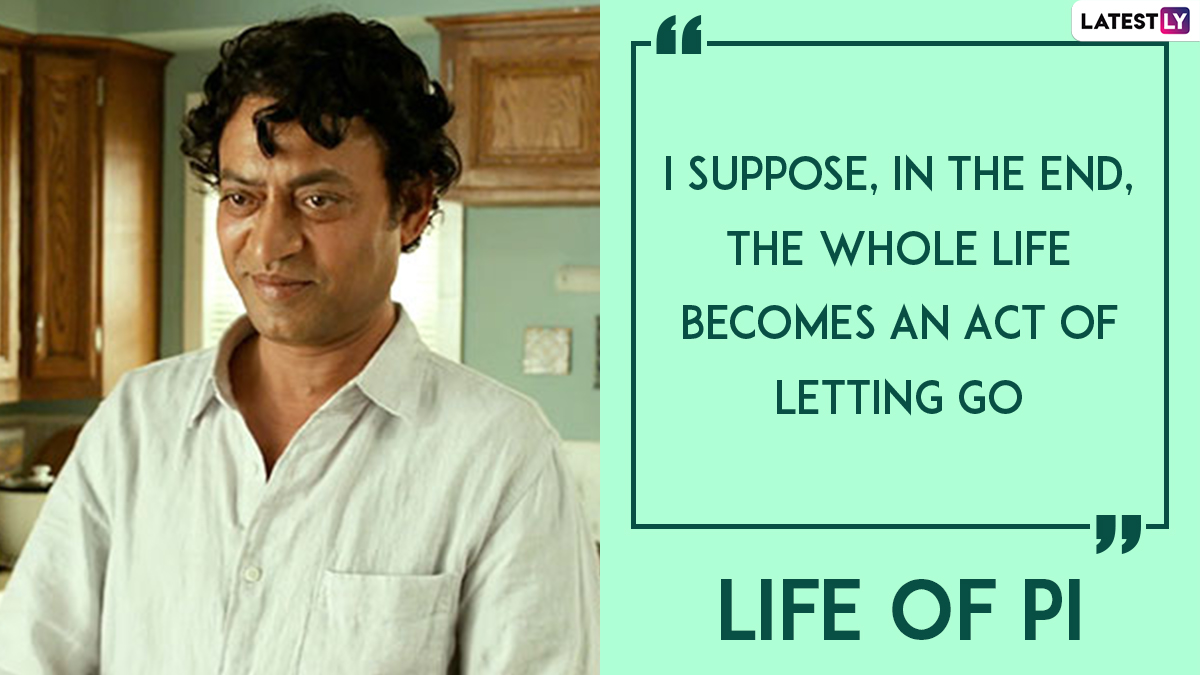 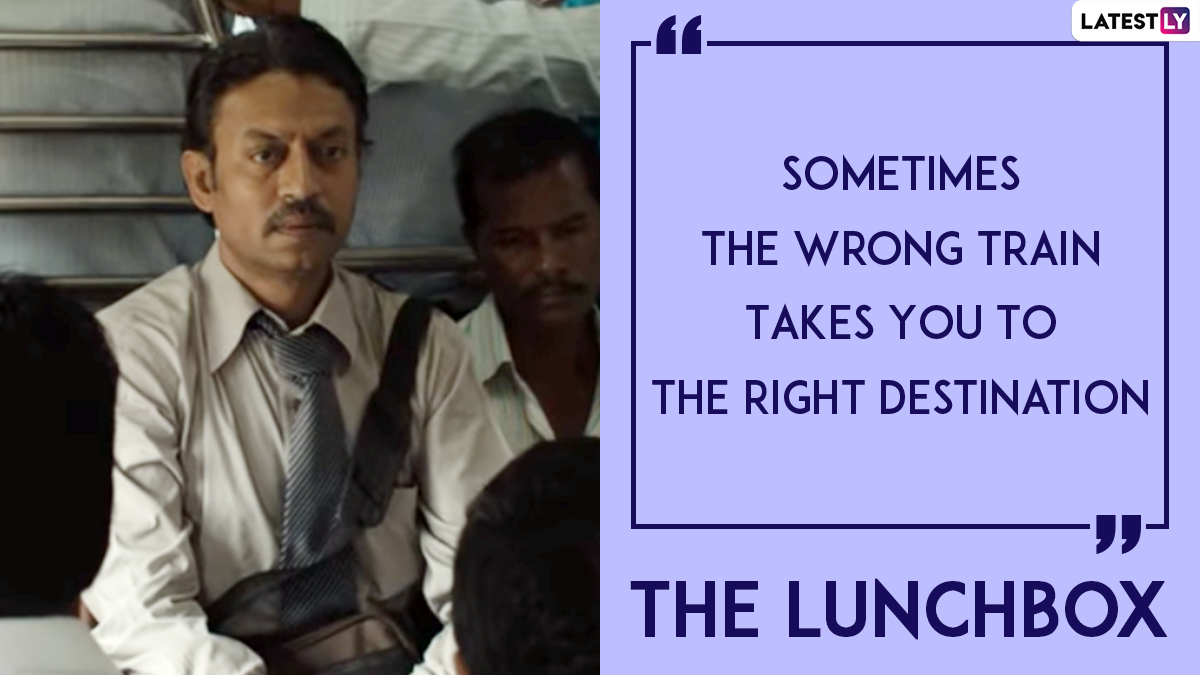 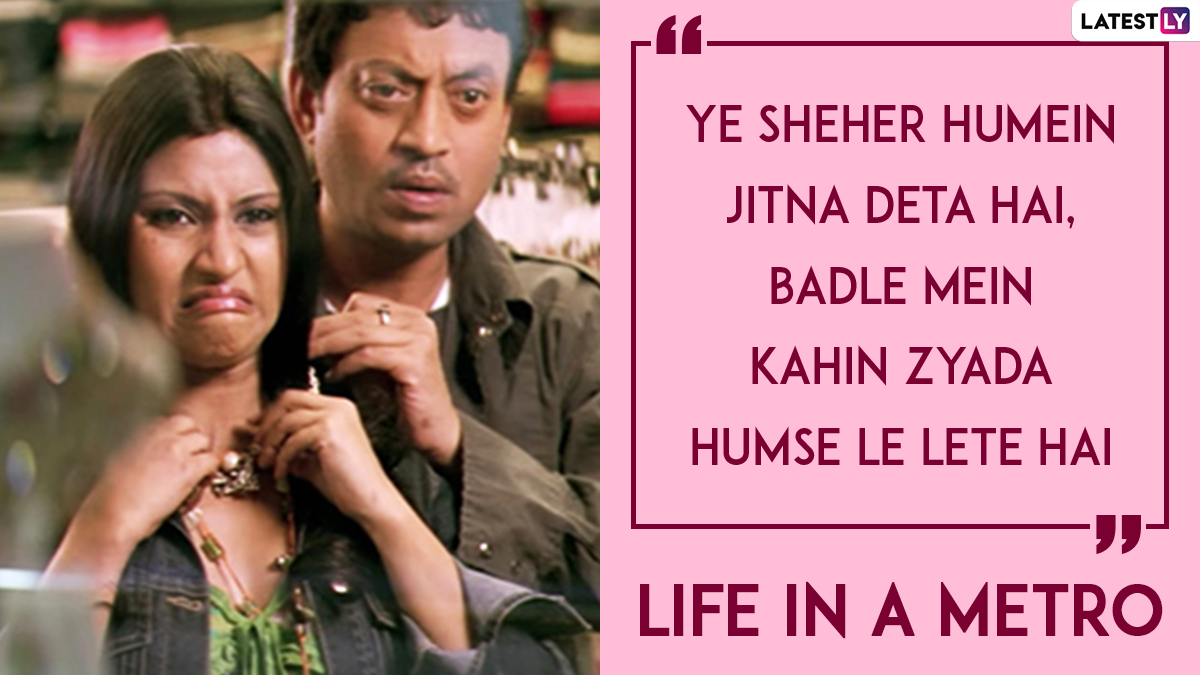 Irrfan Khan in Life In A Metro (Photo Credit: Facebook)

Going down this memory lane only makes us miss the actor even more. The actor was last seen in Angrezi Medium which was a special film for many reasons. While Irrfan might not be with us anymore, we will forever cherish him through his movies. Join us in remembering him on his birth anniversary.

(The above story first appeared on LatestLY on Jan 07, 2021 12:00 AM IST. For more news and updates on politics, world, sports, entertainment and lifestyle, log on to our website latestly.com).