The actor was clicked arriving home after spending two days at the hospital. The 61-year-old actor was seen wearing a mask and also waved at the paparazzi after returning home safely. 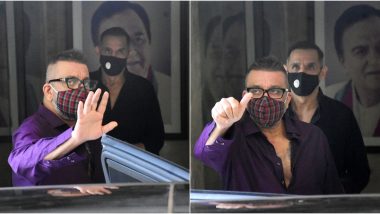 Actor Sanjay Dutt who has hospitalised at Mumbai's Lilavati hospital on Saturday, August 8 has now been discharged. As per reports, the actor had complained of breathlessness after which he was taken to the hospital. Sharing a tweet on his condition, the actor had confirmed on Saturday itself that he had tested negative for COVID-19 and that he will be discharged in a few days. The actor was clicked arriving home after spending two days at the hospital. The 61-year-old actor was seen wearing a mask and also waved at the paparazzi after returning home safely. Sanjay Dutt Admitted To Lilavati Hospital After Complaining Of Breathlessness; Reports Claim He is COVID-19 Negative.

On Saturday, August 8, the actor had taken to social media to clarify details about his health conditions after he began trending on social media due to his hospitalisation. The actor had written, "Just wanted to assure everyone that I’m doing well. I’m currently under medical observation & my COVID-19 report is negative. With the help & care of the doctors, nurses & staff at Lilavati hospital, I should be home in a day or two. Thank you for your well wishes & blessings." As per reports, the actor suffered from low oxygen saturation levels. It was a relief to see the actor look all fit as he returned home. Sanjay Dutt Hospitalised: Fans Relieved To Know That Baba Has Tested Negative For COVID-19, Wish Him Good Health On Twitter.

Sanjay Dutt Returns Home After Getting Discharged from Hospital: 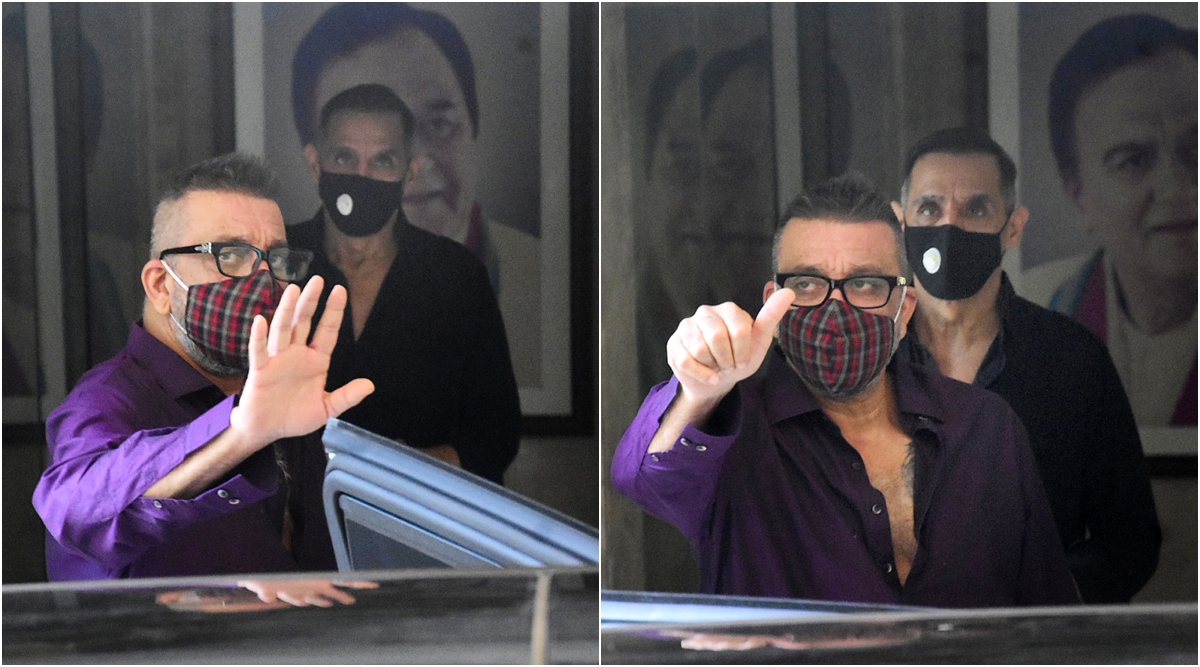 On the work front, the actor's first look poster from his upcoming film Sadak 2 was released on August 10. The actor will be seen in the film along with Alia Bhatt and Aditya Roy Kapur. The film is all set to get a digital release and will premiere on Disney+ Hotstar on August 28.

(The above story first appeared on LatestLY on Aug 10, 2020 04:21 PM IST. For more news and updates on politics, world, sports, entertainment and lifestyle, log on to our website latestly.com).