UP Police Debunks Fake News Related to Tablighi Jamaat Amid COVID-19 Pandemic; From Noida to Prayagraj, Here's How Police Has Taken on Those Spreading False Reports on Twitter 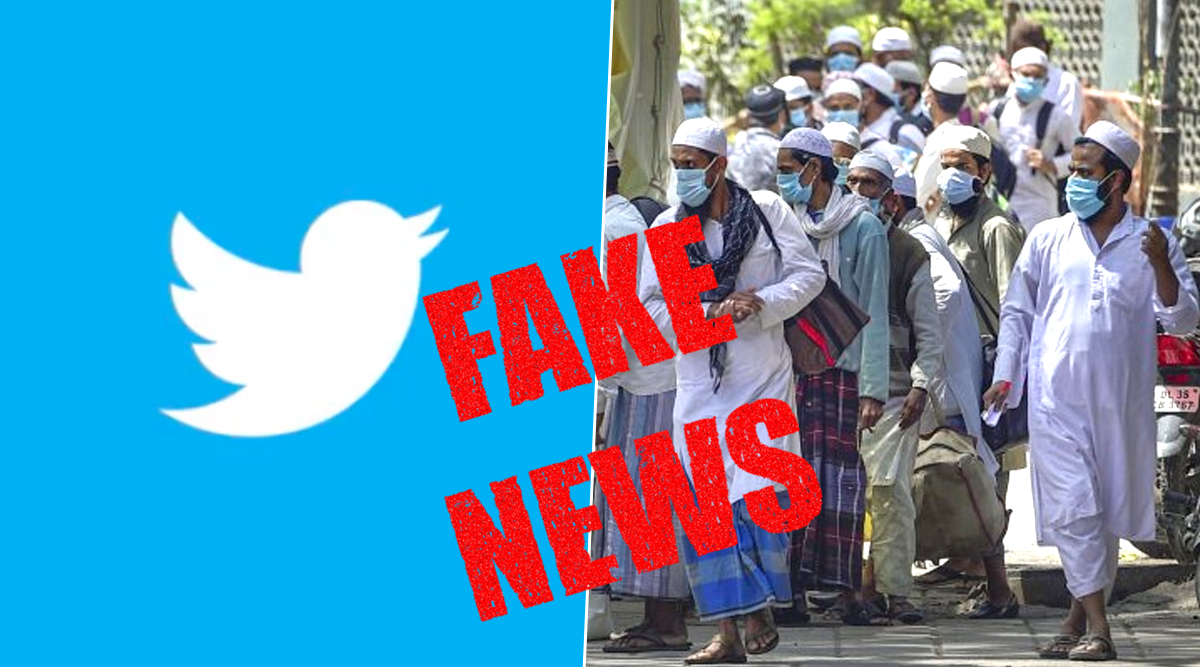 Lucknow, April 8: Uttar Pradesh, one of the communally sensitive states of India, is on the edge to combat fake news which are apparently aimed at raking up tensions along religious lines. Since the Tablighi Jamaat event in mid-March was found to be the biggest single-source of COVID-19 spread in India, a number of social media posts have been disproportionate in their criticism against the group. Fake news is also being used to tarnish the Islamic sect. Here's how the UP Police is acting on real-time mode to fight the misinformation.

At least four major instances of fake news, involving noted media platforms, were debunked by the social media cells of the UP Police in the past couple of days.

The Saharanpur police, via its Twitter handle, called out the print, TV and digital media outlets for carrying a report which blamed the Jamaat members of creating ruckus and defecating in open at a quarantine facility in Rampur on not being served non-veg food. Did Tablighi Jamaat Members Create Ruckus On Not Being Served Non-Veg Food at Quarantine Centre? Saharanpur Police Calls News Fake.

A statement was issued by the Saharanpur police, calling the reports "fake". The inspector in-charge in Rampur was asked to conduct an inquiry, and it was found that no such incident involving the Jamaat members had taken place, the statement read.

The Firozabad police, via its Twitter handle, had rapped the digital arm of Zee News UP Uttarakhand for running a fake news which alleged that "stones were pelted" on a medical team which came to take four Jamaat members to the quarantine facility.

The police said they have inquired into the matter, and found that no stone was pelted at the team of medical workers which had arrived in the locality to quarantine the four coronavirus symptomatic cases.

The Prayagraj Police was also proactive in clearing the air on a news which had the potential to rake up communal tensions. After a person named Lotan Nishad was killed, a number of local media channels and digital portals said he was murdered by a person linked to the Jamaat. Through its social media handle, the Prayagraj Police clarified that there is neither any communal angle behind the murder nor is the accused linked to the Islamic sect. Prayagraj Police Dismiss Reports Linking Murder With Tablighi Jamaat.

News agency ANI was condemned by the Deputy Commissioner of Police (DCP), Noida on Tuesday for linking the new coronavirus positive cases in Sector 5, Harola in Noida to the Tablighi Jamaat. The news wire service had allegedly misquoted the DCP while reporting the "fake news".

@ANINewsUP people who had come in contact with the positive case were quarantined as per laid procedure.

There was no mention of Tabligh Jamat. You are misquoting and spreading fake news@noidapolice @Uppolicehttps://t.co/HwIM5Cr7K3 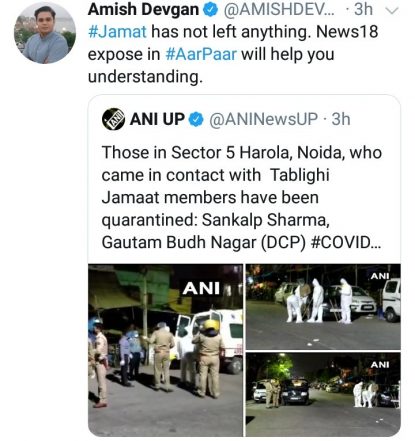 Chief Minister Yogi Adityanath had, on Sunday, interacted with a group of 300 religious leaders cutting across community lines. The UP CM had requested them to appeal their respective community members to adhere to the lockdown call amid the coronavirus pandemic. Adityanath also assured that the government would be taking action against those attempting to stoke communal tensions.

HC Awasthi, Director General of Police, UP, told a national daily that the central government has also asked the police department to remain vigilant and debunk all fake news by stating the real version of the events on their social media handles. The DGP further added that the zonal and district police units are asked to maintain a strict tab on digital platforms to curb the spread of fake news. The rumour mongers will fake strict action as per the rules, he said.