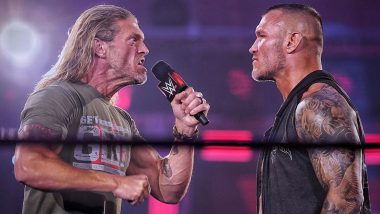 WWE Raw May 18, 2020, took place at the Performance Centre in Orlando, Florida. We just witnessed an extravagant episode of Monday Night Raw where we saw Edge accept Randy Orton challenge to face him in a one on one match at Backlash pay per view which is scheduled to take place on June 14, 2020. Edge defeated Randy Orton at WrestleMania 36 in last man standing match. We also saw WWE Champion Drew McIntyre defeats King Baron Corbin in a match this past week on Raw. Meanwhile, you have arrived at the right platform, if you are looking for results and highlights of WWE Raw, May 18, 2020. Becky Lynch Announces Pregnancy, Gives Up WWE RAW Women’s Championship Title.

In the past week on Monday Night Raw, we also saw the return of Kevin Owens, as he teams up with Apollo Crews to defeat Andrade and Angel Garza. Austin Theory who parted away from Zelina Vega's team followed the disciple of Monday Night Messiah. Therefore, Seth Rollins gets one more member apart from Buddy Murphy in his faction. WWE NXT Champion Charlotte Flair emerge victorious against Ruby Riot. Flair will face Bayley soon in a Champion vs Champion match at SmackDown. Let us take a glimpse at some of the actions from this past episode. Andre The Giant Birthday Special: From Being Highest-Paid Wrestler to Getting Drafted By French Army, Here Are Five Lesser Known Facts About First WWE Hall of Famer.

Shayna Baszler defeated Natalya on this past episode of Monday Night Raw. It will be interesting to see how WWE has planned storyline for Asuka's and Drew McIntyre championship defence. As of now, Bobby Lashley has his eyes on WWE Championship belt, likewise Nia Jax on Raw Women's Championship.

(The above story first appeared on LatestLY on May 19, 2020 12:03 PM IST. For more news and updates on politics, world, sports, entertainment and lifestyle, log on to our website latestly.com).