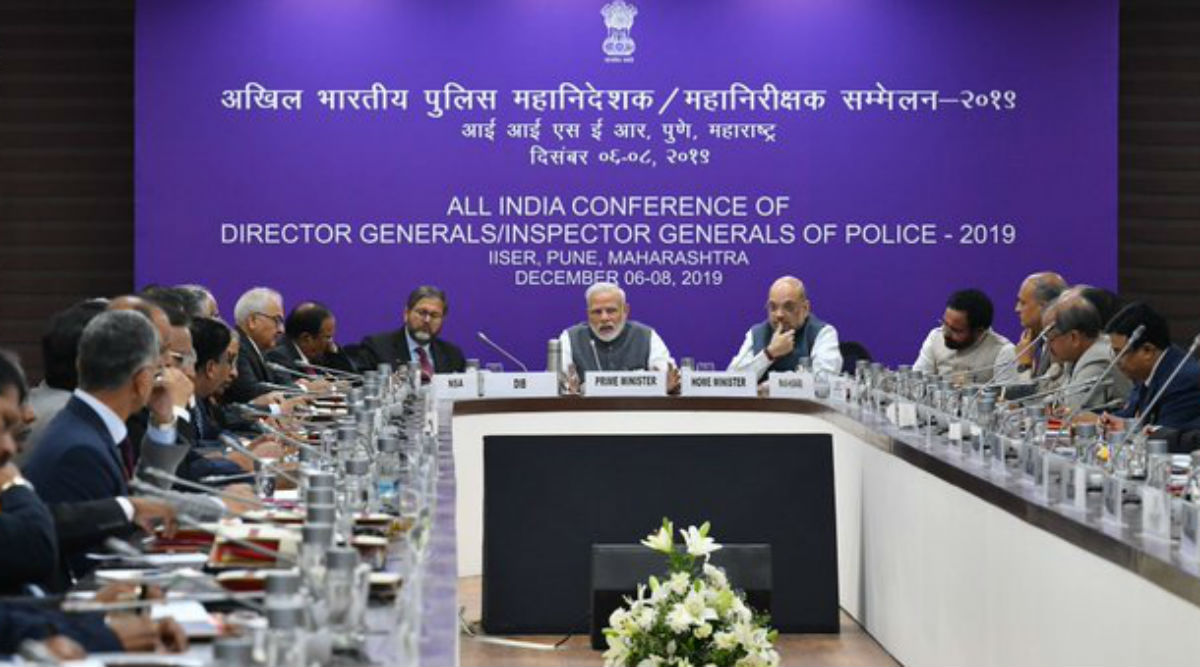 New Delhi, February 10: Police forces across the country have recieved a list of "action plan" from the government which has directives such as keep a watch on universities and monitor WhatsApp groups and Twitter activity of citizens. The directives were issued after the annual conference of Directors General of Police (DGPs) and Inspectors General of Police (IGPs) held in December in Pune, The Indian Express reported on Monday. Prime Minister Narendra Modi also addressed the gathering. Protecting Data Essential For Economic Wellbeing, National Security: Foreign Secy on 5G.

After the three-day-long conference, held at the Indian Institute of Science Education and Research in Pune between December 6 and 8, 2019, a note was circulated, asking police forces to keep a watch on universities where people may indulge in "activities threatening the country’s integrity". "Emphasis has been laid at the conference on being in touch with the student community, to have prior knowledge of any potentially sensitive situation and prepare for it," a DGP who attended the conference, was quoted as saying. Internet Not Fundamental Right, Services Can Be Snapped For Law And Order, National Security: Government.

Police officers have been asked to become part of influential WhatsApp groups and keep a watch on tweets and retweets of citizens to analyse public mood. "At every level, we make sure our people are part of WhatsApp groups run by different political parties, by those of right-wing and left-wing thought, of Muslims, Dalits, trade and labour unions, students and other organisations and bodies planning protests or demonstrations," a senior Indian Police Service (IPS) officer said.

Also part of the directives was a proposal to treat speeches causing inter-religious conflicts as hate speech, increase police presence in schools and having police bands playing regularly. Cops have been asked to investigate Hyderabad's links with recent alleged terrorist conspiracies and attacks. The directives are based on inputs recieved from committees of DGPs on several issues related to national security.

According to a statement issued by the Prime Minister's Office on December 8, 2019, during the conference, committees of DGPs present findings on key aspects of internal and external security such as terrorism, Naxalism, coastal security, cyber threats, combating radicalisation and narco-terrorism etc.