MacKenzie Bezos Joins Philanthropist Club, Pledges Half of Her $36 Billion Fortune to Charity After Divorce With Amazon CEO Jeff Bezos 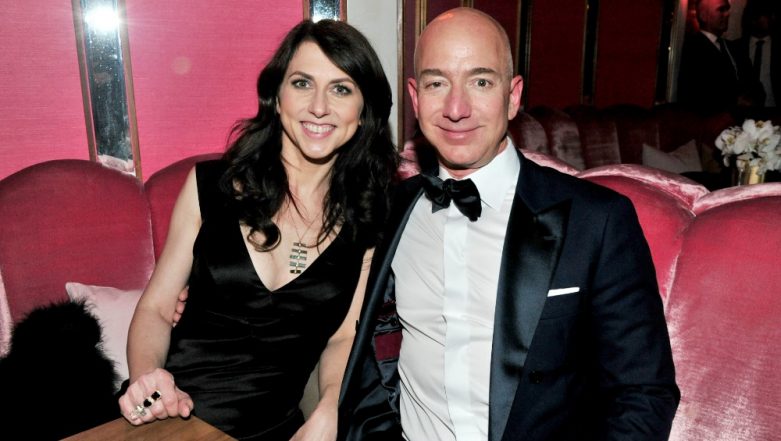 MacKenzie Bezos, the former wife of Amazon Inc Chief Executive Officer, Jeff Bezos has pledged to donate half her money to charity. With this act of MacKenzie, she has entered the list of wealthy philanthropists in the world. She has promised to give $36 billion fortune towards charity. Giving Pledge, a charitable organisation founded in 2010 by Warren Buffett and Bill Gates announced MacKenzie's entry into the club. She is now among 19 new signatories of the pledge from China, Switzerland, the United Arab Emirates and Britain. MacKenzie became one of the world's wealthiest individuals in April after gaining a net worth estimated USD 36 billion after settling her divorce with Jeff Bezos, the world's richest man.

In a letter announcing that she was joining the pledge, MacKenzie Bezos says, "In addition to whatever assets life has nurtured in me, I have a disproportionate amount of money to share. My approach to philanthropy will continue to be thoughtful. It will take time and effort and care. But I won't wait. And I will keep at it until the safe is empty." As a part of the couple's pending divorce, MacKenzie Bezos is yet to retain 25 percent of the Amazon shares which the pair holds jointly. The amount is said to be equal to about four percent of the company. However, she surrendered all of her voting rights.

Meanwhile, the 55-year-old Amazon CEO is currently dating 49-year-old Lauren Sanchez who is a TV host and owner of an aerial filming company. After finalising a divorce from McKenzie, Jeff was spotted leaving a New York City restaurant with Lauren. Rumours of their relationship were rife in January following which MacKenzie filed a divorce. Jeff who is the richest man in the world has an estimated net worth of USD 137 billion.

Jeff supported his former wife's step by tweeting her pledge with the caption, "MacKenzie is going to be amazing and thoughtful and effective at philanthropy, and I'm proud of her. Her letter is so beautiful. Go get 'em, MacKenzie." The campaign on its website says the pledge that signatories make is "a moral commitment to give, not a legal contract".

MacKenzie is going to be amazing and thoughtful and effective at philanthropy, and I’m proud of her. Her letter is so beautiful. Go get ‘em MacKenzie. https://t.co/S2gLLBQyRQ

More than 200 people including Facebook founder Mark Zuckerberg, investor Bill Ackman, Microsoft co-founder Paul Allen, and investor Robert F Smith have taken the Giving Pledge. While, Jeff Bezos has not taken the pledge until now, in September he announced a USD 2 billion investment fund for homeless families and education in poor communities.