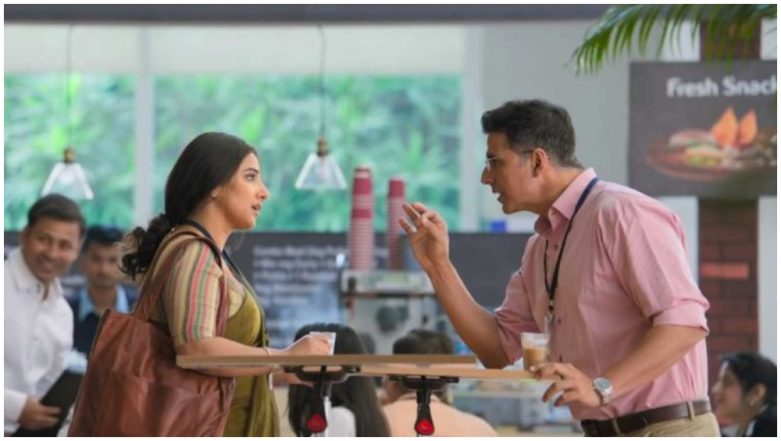 Akshay Kumar returns this Independence Day with an interesting film in Mission Mangal. It is based on ISRO's successful launch of the satellite into Mars Orbit back in 2013, at a fraction of the budget that NASA uses for their Mars Missions. Mission Mangal is directed by Jagan Shakti and also stars Vidya Balan, Sonakshi Sinha, Taapsee Pannu, Kirti Kulhari, Nithya Menen and Sharma Joshi. We are watching Mission Mangal right now and here's what we have to say about the first half -

"Mission Mangal begins with Rakesh and Tara's trying to get JSLV Fat Boy space Mission launched but it fails spectacularly. Disappointed with the failure, ISRO shifts Rakesh to Mars mission, which everyone thinks will not happen till 2022. Rakesh thinks this is ISRO's way of making him resign, but Tara has a stroke of brilliance in making the mission happen faster than anyone's expecting. Facing enough roadblocks, budgetary constraints and derision, Rakesh and Tara are given a team, but it is not what they are expected. Mission Mangal Special Screening: Akshay Kumar, Sonakshi Sinha, Nithya Menen, Taapsse Pannu, Kirti Kulhari Make A Stunning Appearance, and Delhiites Cannot Contain Their Excitement! Watch Video.

The first half of the film is flawed but has some heartwarming, enjoyable moments that make the film worth the watch. Akshay Kumar's brand of nationalism that has been added feels irritating at times, though the actor is quite likeable, and so are the characters of Dalip Tahil and Sanjay Kapoor. Most of the girls don't get to do much, at least, till now. But if the film has been watchable till now, it is purely Because of Vidya Balan. Though her character feels caricaturist, Vidya outacts both the flaws and the rest of the cast with a winsome act!'