Natalie Portman Birthday: From Closer to Jackie – 5 Movie Quotes by the Powerful Characters She Played on the Screen

Her work has always been recognised as she has received several accolades including Academy Awards as well as Golden Globes. From sci-fi, fantasy films like Star Wars to psychological horror Black Swan, she has been a part of all genre of film and managed to nail each role. 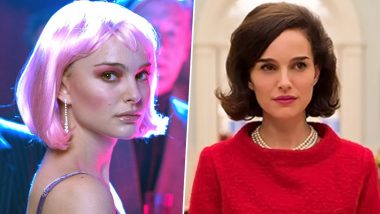 Natalie Portman does not need an introduction. The actress has been in the industry for a long time that we all are familiar with the roles that she has done, and are also aware of the fact that she is a stellar performer. Portman is one of the finest actresses in Hollywood ever since she kickstarted her career as a child actor. She managed to bag the biggest roles in Hollywood films and was able to be a part of big franchise films and Academy Award-winning dramas. Days Of Abandonment Adaptation: Natalie Portman to Star in Film Based on Elena Ferrante’s Best-Selling Novel.

Her work has always been recognised as she has received several accolades including Academy Awards as well as Golden Globes. From sci-fi, fantasy films like Star Wars to psychological horror Black Swan, she has been a part of all genre of film and managed to nail each role. The actress is known for her natural acting and is loved for the many memorable characters that she has given to her fans.

Natalie Portman won an Academy Award for Best Actress for her performance in Black Swan. She also gained Academy nominations for her performances in films such as Closer and Jackie. Her career has been brilliant, with characters that were strong in one way or another. When playing these powerful roles, Natalie delivered some amazing dialogues as well. Today as she celebrates her 40th birthday, we look at some of the movie quotes from her film. Thor - Love and Thunder: Natalie Portman’s Photos and Video From the Sets Leaked.

“Where is this love? I can't see it, I can't touch it. I can't feel it. I can hear it. I can hear some words, but I can't do anything with your easy words.” - Alice, Closer 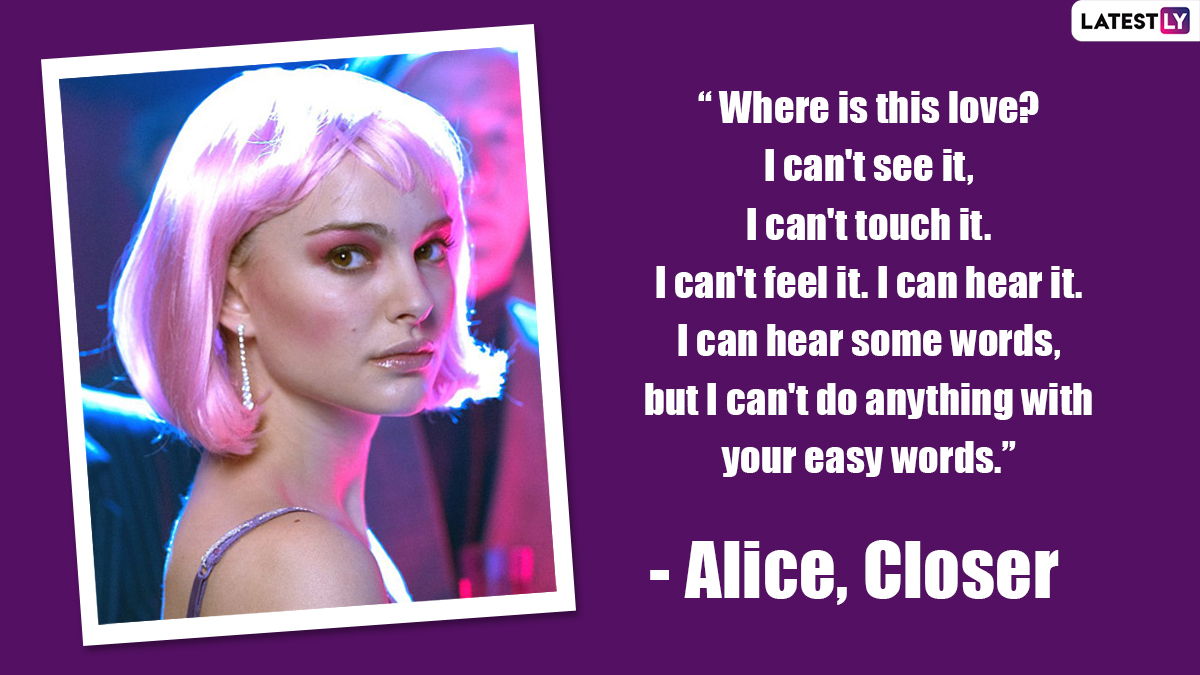 “I keep feeling like big moments get stolen away from me.” - Celeste, Vox Lux 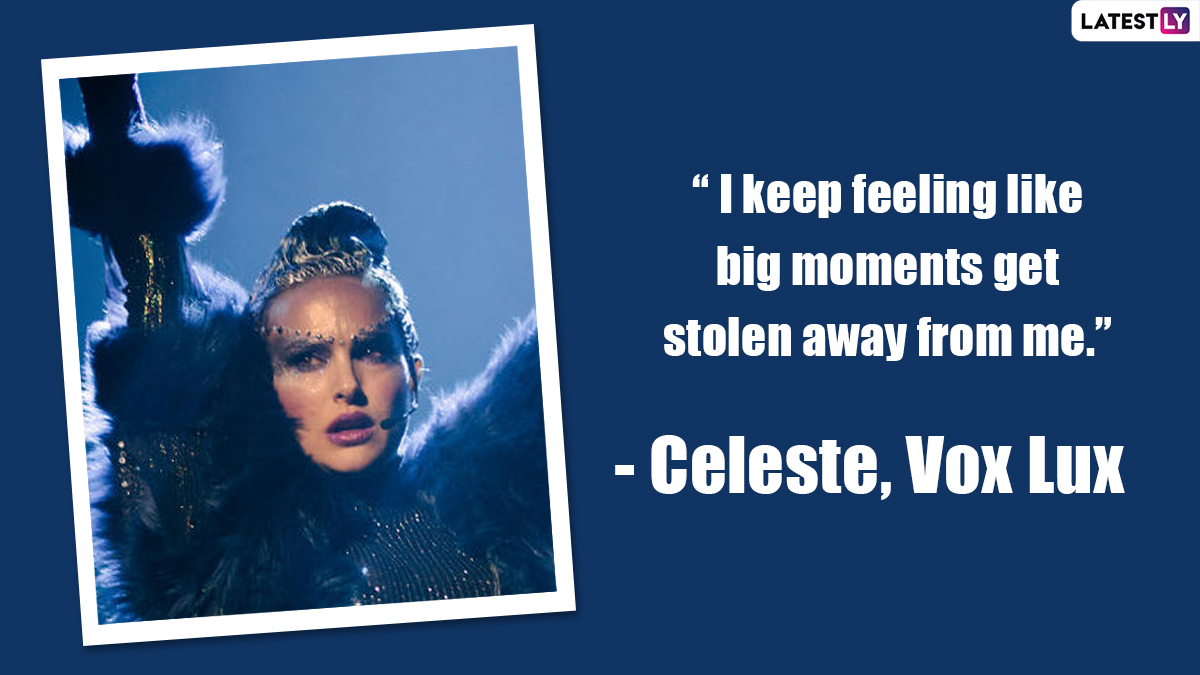 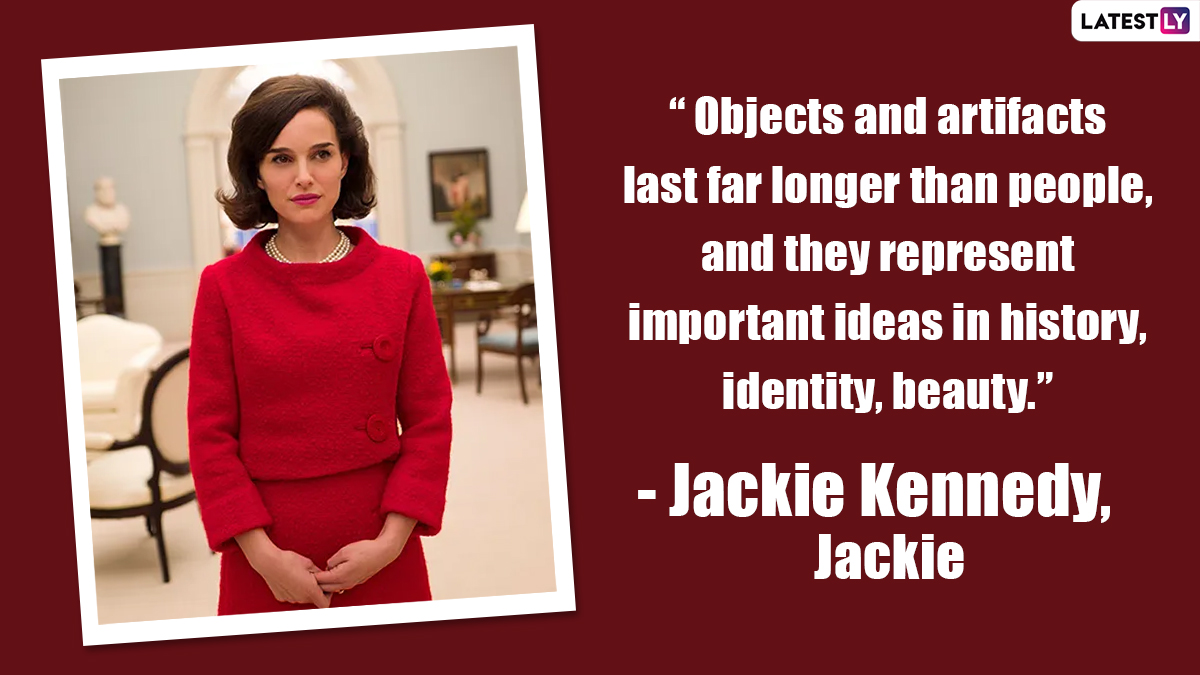 “You feel that? That little bom-bom-bom? That's where the heart is.” - Novalee Nation, Where The Heart Is 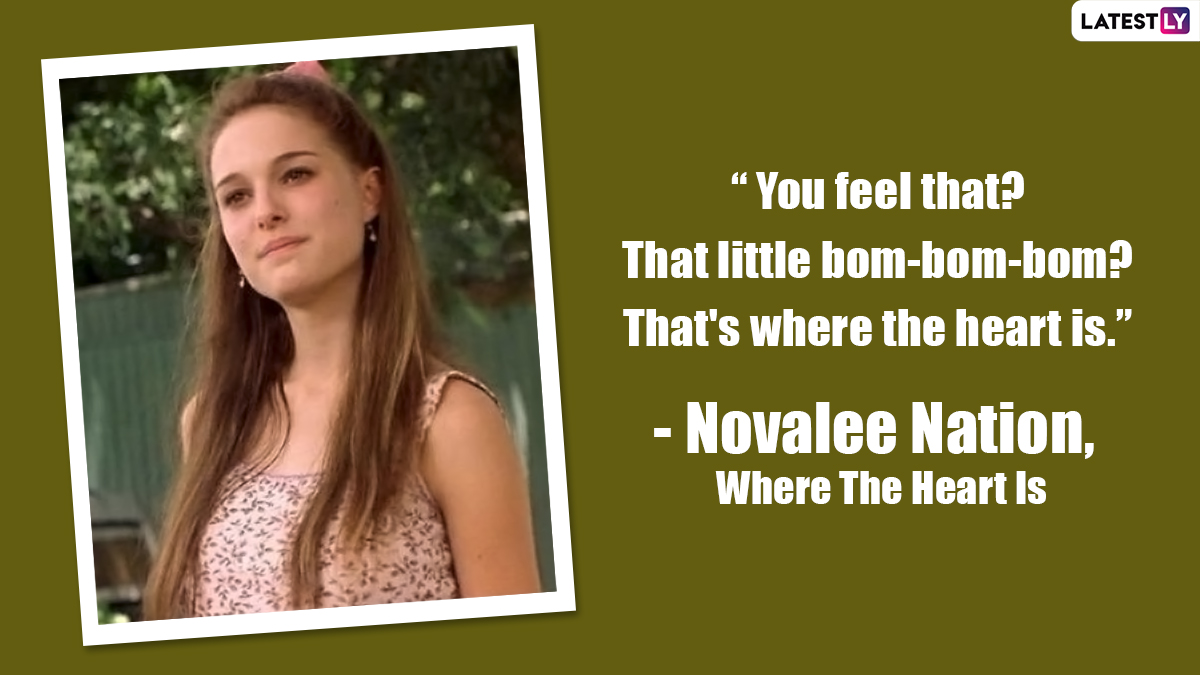 "You see, nothing can stop love, Léon.” - Matilda, The Professional 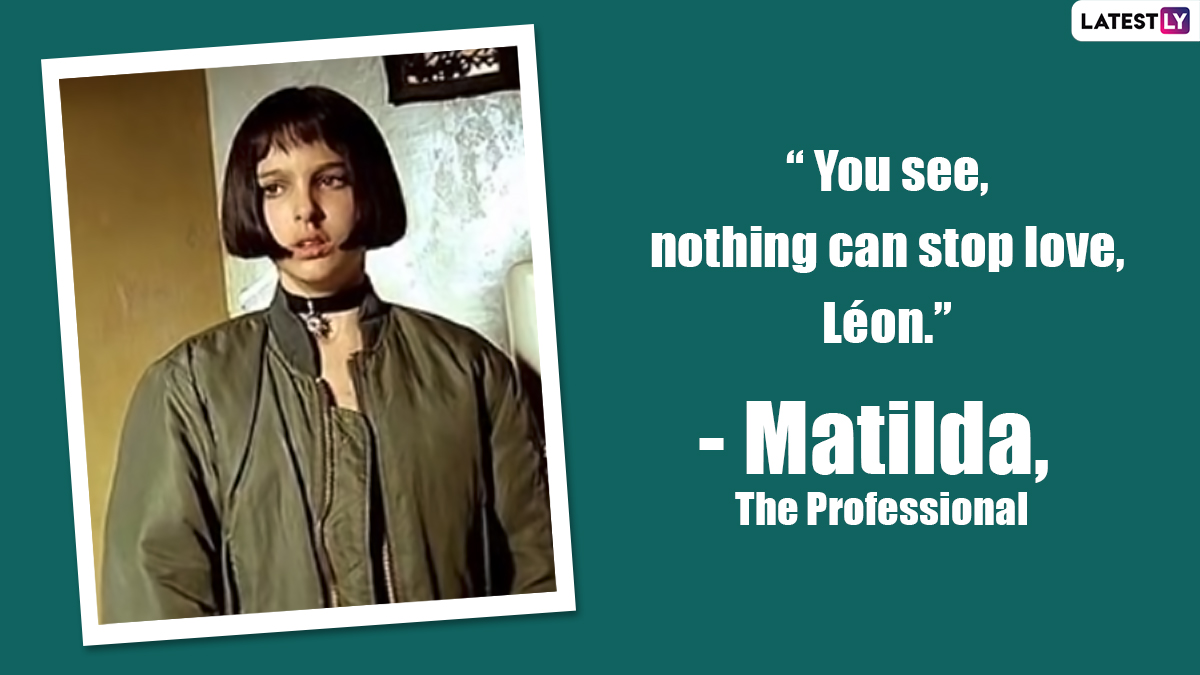 Natalie Portman will now be seen as the Lady Thor in Thor: Love and Thunder, and her fans are quite excited to see her in this role. But before we get to see her on the big screen again, if you haven't watched these Natalie Portman films, there's no better time than her birthday for a marathon. Also, join us in wishing the actress a very happy birthday.

(The above story first appeared on LatestLY on Jun 09, 2021 09:10 AM IST. For more news and updates on politics, world, sports, entertainment and lifestyle, log on to our website latestly.com).