The first quarter of 2020 is done and it has been a very bad period for Bollywood. Actually, not just Bollywood, but any industry there is. 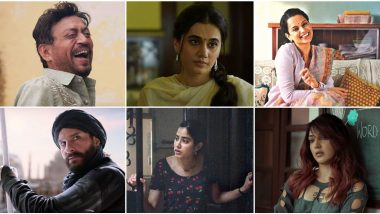 From Irrfan Khan to Taapsee Pannu, 15 Best Performances in Bollywood in the First Quarter of 2020

The first quarter of 2020 is done and it has been a very bad period for Bollywood. Actually, not just Bollywood, but any industry there is. The coronavirus outbreak had been killing business left, right and centre, most affecting the box office collections of Baaghi 3, Thappad and most badly, Angrezi Medium. The good news is that we had a huge hit in this period in the historical action drama, Tanhaji: The Unsung Warrior. The better news is that we also got some good performances in the quarter. Box Office Report Card 2020: Ajay Devgn's Tanhaji The Unsung Warrior Is The Only Big Hit In the First Quarter; Tiger Shroff's Baaghi 3 Suffers Due To COVID-19.

There were a couple of acts we really wanted to be good - like Deepika Padukone in Chhapaak (almost good, except for the part where she is unconvincing as a teenager). Ajay Devgn in Tanhaji (powerful, but his usual self). Or Ayushmann Khurrana in Shubh Mangal Zyada Saavdhan (bold, yes, but hampered by average writing). But there have been some really good acting turns that we like to appreciate in these times of corona! 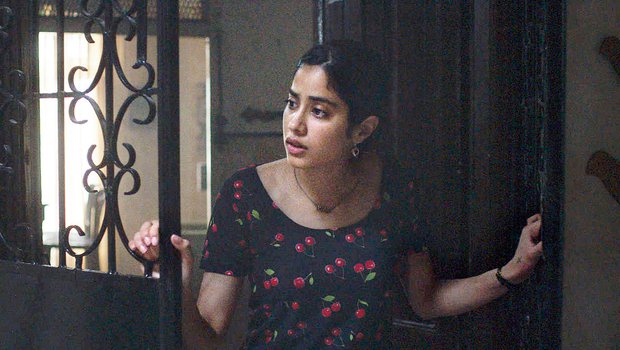 Sridevi's elder daughter made a rather okayish debut in 2018 with Dhadak, the rather needless remake of the Marathi film Sairat. Circa 2020, Janhvi made us sit up and notice that she still has her mom's awesome acting genes in the rather okayish Netflix offering Ghost Stories. Moral of the story: Dharma's grand launch may get you the eyeballs, but you need a good sophomore film to get your talent polished. Right, Alia Bhatt? 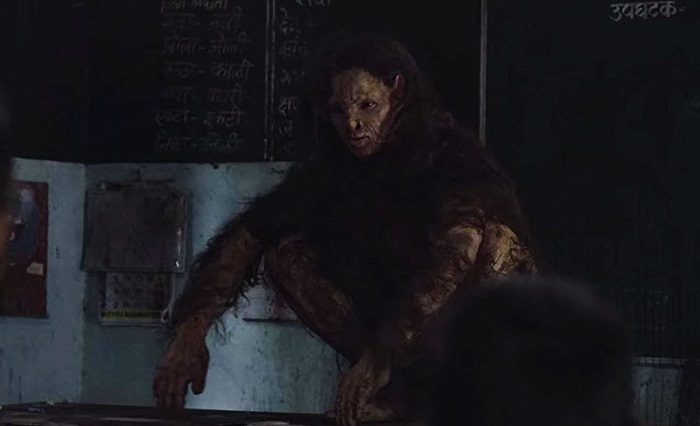 It takes some special talent for an actor to get so unbelievably hidden in a character that people fail to recognise you. The same is the case with Gulshan Devaiah in Ghost Stories. Sure, credit has to be given to the makeup team for doing an incredible job of transforming him into a terrifying werewolf. But the fact that Gulshan got the mannerisms and the body language right, while letting his eyes depict the sheer malice makes it a very fantastic transformation as an actor. That too, without saying one goddamn word! 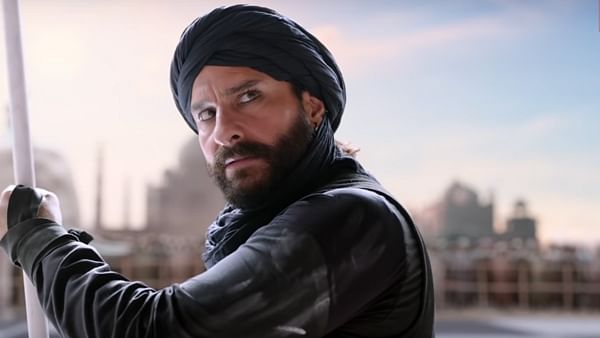 Tanhaji is the biggest hit of 2020 till now, though we have to see if the appeal of the historical retains in the long run. What will make it stick, though, is Saif Ali Khan's scenery-chewing performance as the antagonist, Udaybhan Rathod. While the writing around the character is pretty flawed, Saif just sneers his way around the faults with a scene-stealing act. He was also wonderful in Jawaani Jaaneman as the 40-plus playboy, who discovers he has a pregnant teenage daughter. 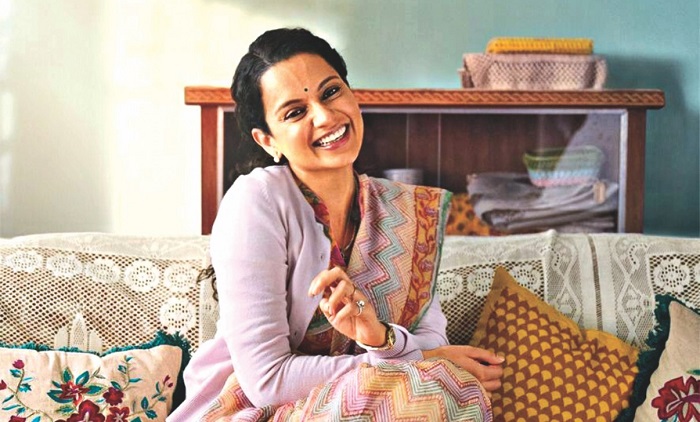 Whether you love or hate her for her off-screen antics, there is a no effing doubt that Kangana Ranaut is an excellent performer on the big screen. In the lead role in Panga, she wins your hearts as the former kabaddi champion seeking a comeback on the encouragement of her husband and her kid. Speaking of the latter... 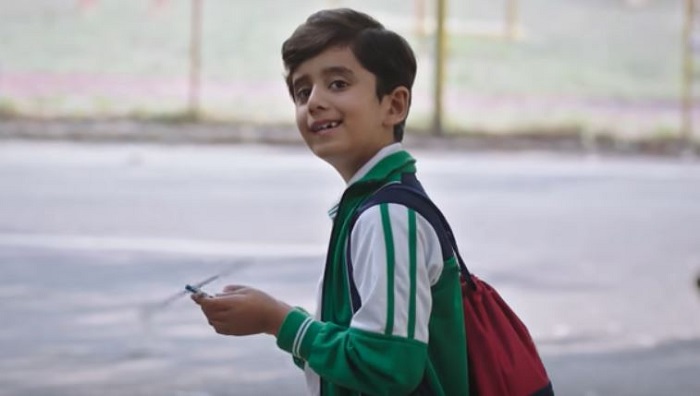 ...have you seen a more adorable scene-stealer this year that this cherubic little performer? In the most heartwarming film of 2020, little Yagya showed us how to be a smart alec, precocious kiddo without getting on your nerves! 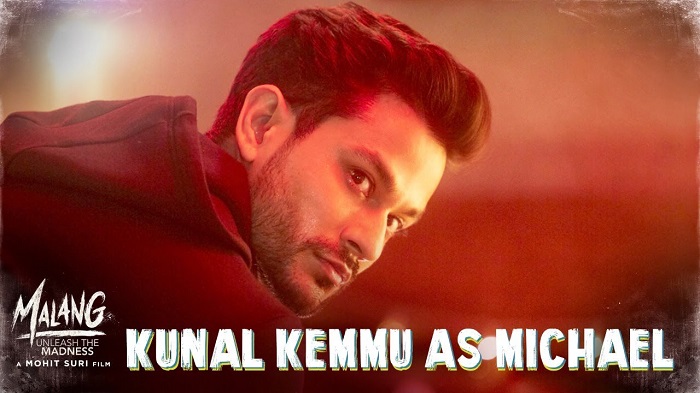 In Mohit Suri's dark romantic thriller Malang, Kunal Kemmu was highly effective as the chilling antagonist, whose lack of manhood gives way to murderous rage. And to think, he was the least promoted of the stars in the film. Malang Movie Review: Aditya Roy Kapur-Disha Patani's Film Is High On Romance And Thrills, Kunal Kemmu Steals The Show. 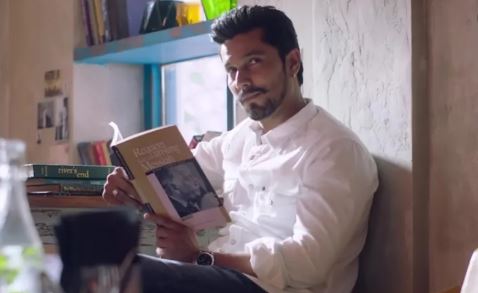 Speaking of least promoted, how good was Randeep Hooda in Imtiaz Ali's misfire of a romantic film! While the focus was on Sara Ali Khan and Kartik Aaryan, Randeep makes his presence effectively felt as the flawed narrator whose equally flawed love story is not exactly the one that should achieve greatness. 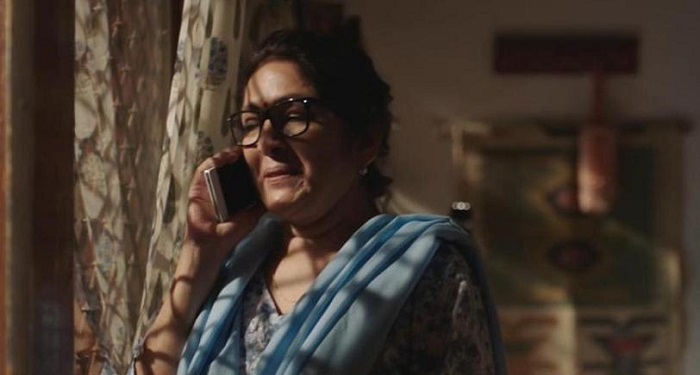 Neena Gupta has always been a gifted actress, but it took a Badhaai Ho for Bollywood mainstream cinema to accept her back again. And since then, we have been treated by some lovely performance, with 2020 giving us two of them in Panga and SMZS. Neena is soon turning into the coolest Bollywood momma of the silver screen. 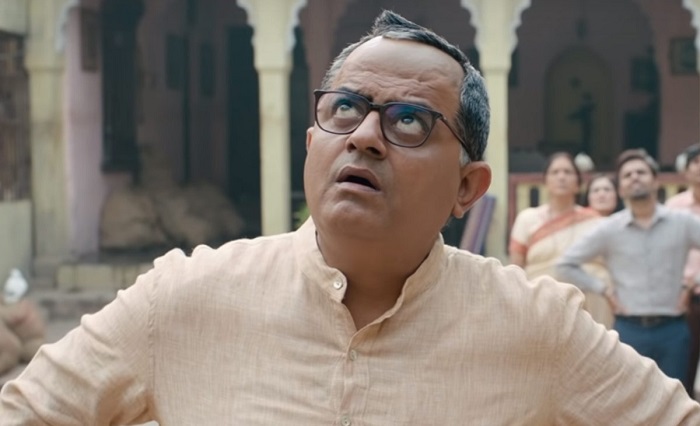 And like Neena Gupta, even her Badhaai Ho co-star Gajraj Rao found a fresh wave of affection from the mainstream audience with the 2018 film. While he was positively adorable in BH, in SMZS Gajraj Rao was sufficiently stern, and yet not unlikable, as the narrow-minded patriarch, representing the stigma on homosexuality in all of us. 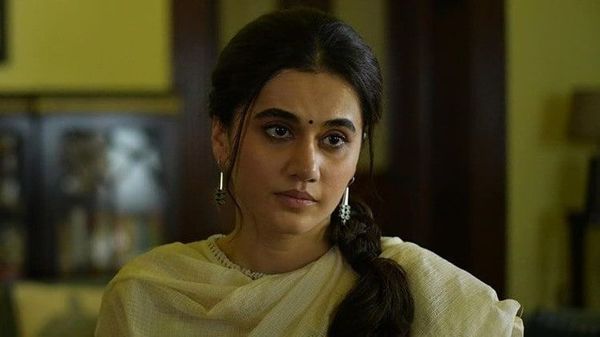 One of my biggest regrets while compiling best Bollywood performances last year was not fitting Taapsee Pannu in the list. She gave an astounding performance in Game Over, but it wasn't a Hindi movie per se. In Badla, Taapsee was kinda okay, and in the lovable Saand Ki Aankh, she wasn't exactly believable as a septuagenarian. Thankfully, this year, we had Thappad and I can finally with my whole heart, take special love to mention Taapsee in this list, as she was bloody brilliant as the homemaker who (along with other characters and the audience) gets a social awakening following the titular 'slap'. 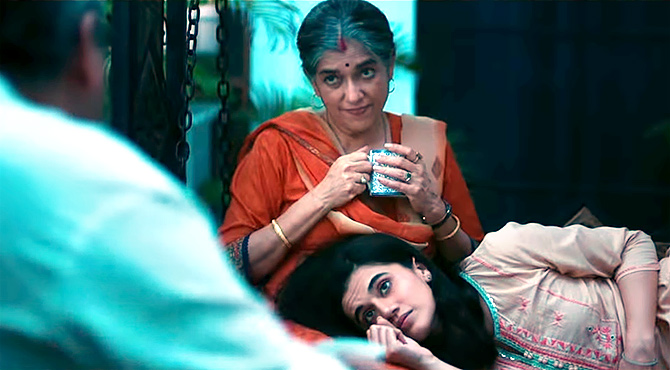 Not just Taapsee, the Anubhav Sinha film has some incredible performances from the debutant Pavail Gulati to the experienced Kumud Mishra and Tanvi Azmi. However, let's take a moment here to admire how fantastic Ratna Pathak Shah was in the film. In making her character both sweet and dogmatic, Shah epitomises our homemaker mothers who have done their fair share of sacrifices, even though they never let us in about that. The scene where she reminds her husband of what she had to forgo, is a fine example of her performance and some strong writing. 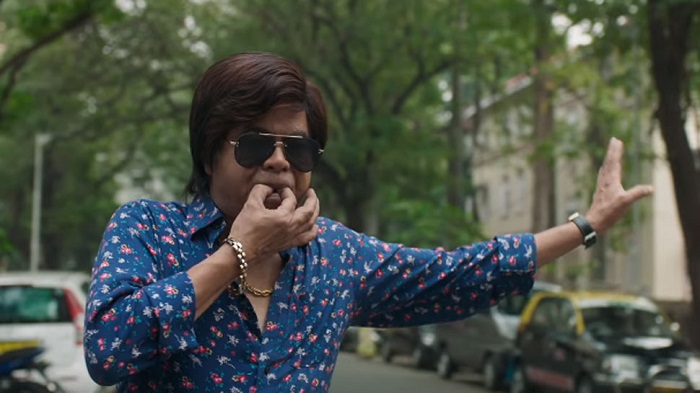 Kaamyaab is a bitter-sweet ode to the 'side-actors' of Bollywood that benefits a great deal from the fantastic lead performance of its lead actor. Watch him turn Sudheer in the climax of the film, and you know this is a performance that the late Raj Kapoor would be quite proud of. Kaamyaab Movie Review: Sanjay Mishra’s Sincere Performance Uplifts This Often Gratifying Ode to Character Artistes of Bollywood. 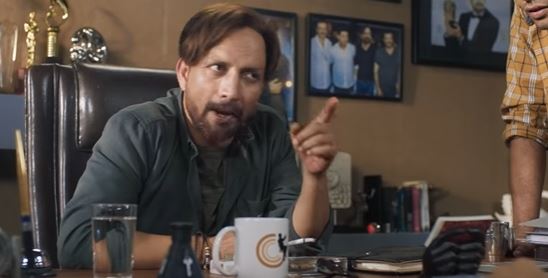 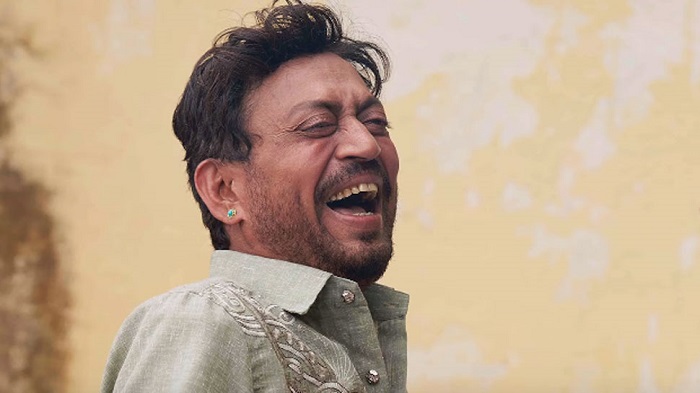 Dear Irrfan Khan, I am really sad that you haven't completely recovered yet, and it may take some more time to see you in a movie again. That said, it made me both smile and tear up a bit to see you haven't lost none of the charm with which you have impressed us over the years. Angrezi Medium is definitely one of your better performances, and despite its many flaws, your act anchored the battered ship through and through. Angrezi Medium Movie Review: Irrfan Khan Is Excellent, Radhika Madan Impresses in This Feel-Good Entertainer, Kareena Kapoor Has Limited Scope. 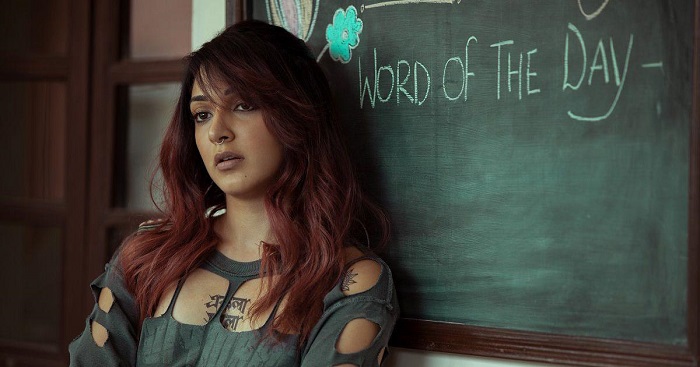 Another talented actress who is going from strength to strength. Guilty, the Netflix original, is a gripping investigative drama that, though, isn't that great as a film that strengthens #MeToo movement. But what it boasts of is a strong performance from Kiara as the girl with a rebellious streak in her, whose creative pursuits hide a deep, dark secret.

(The above story first appeared on LatestLY on Mar 24, 2020 10:22 AM IST. For more news and updates on politics, world, sports, entertainment and lifestyle, log on to our website latestly.com).